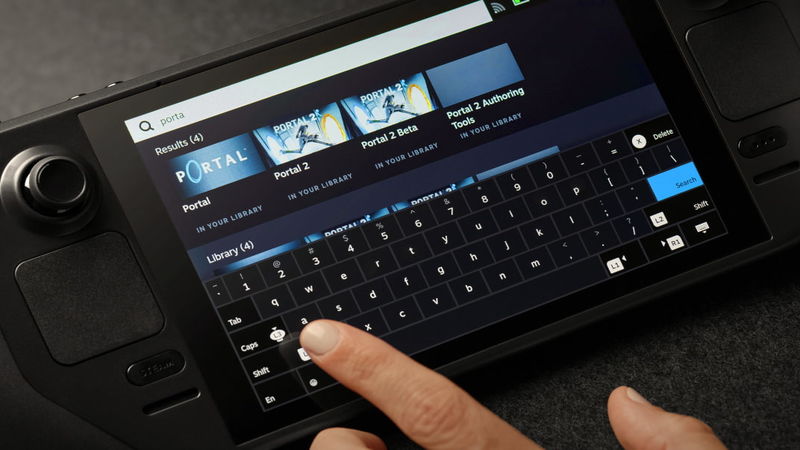 Speaking to GamesRadar+, Valve UX designer Lawrence Yang notes that the team is finding it difficult to keep up with demand for the portable PC.

The Steam Deck is out as of February 28 and will soon arrive in the hands of those lucky enough to lock in pre-orders. But that doesn't mark the end of Valve's work to ensure the team can deliver units to everyone who wants one. There's still an abundance of software tweaks, game testing, and other updates to be done, and that translates to additional delays.

"The main thing we have to do after we ship is to try to make as many of these as we can," says Valve designer Greg Coomer. "Because the demand is definitely way outstripping our ability to supply the Steam Decks on day one. And that's going to remain the case for a while, at least a little while after we ship. A lot of our attention is going to be turned in that direction."

The Steam Deck was already met with delays in late 2021. Valve initially sent out an update to customers with deposits on Steam Deck units in November to advise them of their new shipping window of February 2022, which marked a two-month delay from its original window of December 2021.

Valve noted in that it made every effort to work around "global supply chain issues" at that time, but "due to material shortages, components aren't reaching our manufacturing facilities in time for us to meet our initial launch dates".

For now, it looks like eager Steam Deck recipients must continue to play the waiting game. Or, for a lucky handful of early buyers, Gabe Newell himself might be hand-delivering a signed unit right to their door, camera crew in tow.

Not gonna get one straight away, more like a year after it's release lmao

I will get one at some point.

Im not worried about this as i will get one