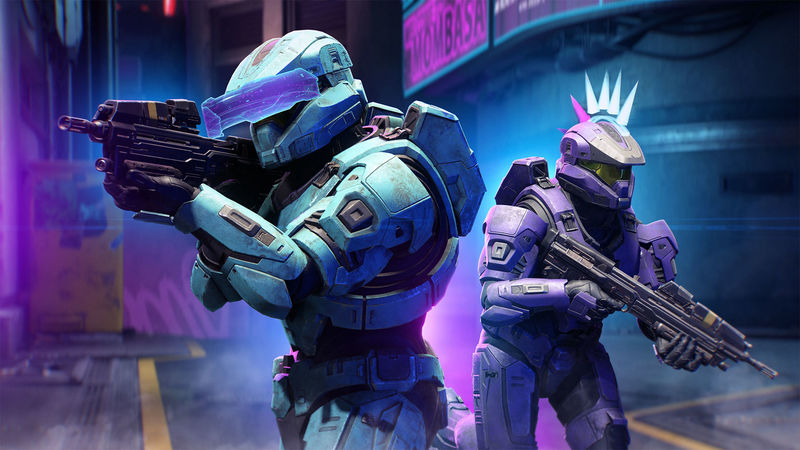 4.2
Halo Infinite fans eager for more content could be in luck. According to a potential leak, at least 10 more maps are currently "in various stages of development" for Halo Infinite. That reporting comes from @HaloHubGG on Twitter, though no specific time table was mentioned for the first of these new maps. The account did tease that more information will be revealed in the near future. As with any Halo-related leak, we recommend readers take this one with a big grain of salt until we get official word from Xbox and developer 343 Industries.

The Tweet from @HaloHubGG can be found embedded below.

New Maps?
A while back, before the launch of the beta, data miners found a list of twenty plus maps for #Halo #HaloInfinite. We can confirm that we know of atleast another ten maps in the pipeline for the game in various stages of development. More info to follow soon!


Halo Infinite launched to widespread critical acclaim last year, but fans have been clamoring for more content over the last few months. 343 Industries is well-aware of this fact, and the studio has frequently stated that it has long-term plans for Halo Infinite. Unfortunately, things clearly aren't moving at the pace fans have come to expect from live-service games. Video game development can be a time-consuming process, and no one wants to see content released before it's ready, but it's easy to sympathize with fans on this one. On social media, many have also pointed out that previous games in the franchise received more frequent updates than we've seen for Halo Infinite.

For now, Halo fans will just have to keep waiting patiently! The Halo franchise is incredibly important to Xbox and 343 Industries, especially with a new Halo TV series releasing on Paramount+ next month. While the wait might seem agonizing for Halo fans, it's a safe bet that the content that does release will be worth it. Hopefully these rumors of 10 new maps will prove correct, and new content will be added to the game sooner, rather than later.

Our Maze is going to be delighted with this great news

Good to definitely hear more might be coming soon.

Thats good to hear as there arnt many