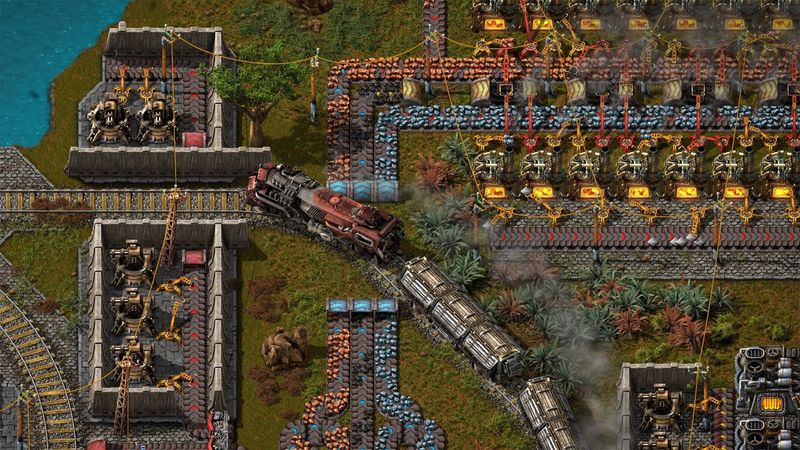 4.5
It’s been six years since the original version of Factorio launched on Steam Early Access, and now the developer of one of the best management games on PC has revealed that in that time Factorio sales have passed 3 million customers – despite the team claiming about it “never really taking part in sales or bundles”.

The PC strategy game came out in Early Access on February 25, 2016, after a successful Indiegogo campaign in 2013 and sales of very early versions via developer Wube Software’s website. Factorio’s official release date on Steam out of early access is August 14, 2020 – which was actually moved up so as not to compete with Cyberpunk 2077, although that would end up getting delayed to December.

So, it was Factorio’s sixth anniversary yesterday, and Wube Software posted a new blog post with an update on the game – as well as to confirm that, alongside this significant date, Factorio has “just recently too we passed 3 million total sales – and we’re even past 3.1 million at this point – so it is quite a milestone”.

“It is great for us that the game is still selling consistently year on year,” the developer adds, “even though we never take part in sales or bundles.” Going entirely by SteamDB, it looks like Factorio has indeed never been on sale on Steam – in fact, it increased over 25% in price around 2018 and never looked back.

3.1 million in sales is indeed impressive, especially given those circumstances, and with a massive new expansion due out at some point those sales could well shoot up again when it does.

Good for them for hiring 3.1 mil sales.

2D games are pretty cool to have still