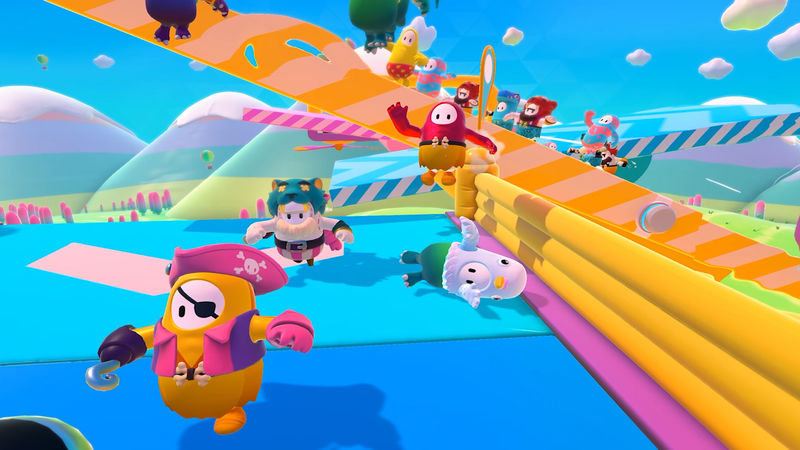 4.3
Fall Guys developer Mediatonic has revealed it is currently "finalising" the Xbox and Nintendo Switch versions of the game.

In the most recent Fall Guys mid-season update post, the developer said: "We know that news regarding Fall Guys on Nintendo Switch and Xbox is highly anticipated. We're finalizing development, and though it isn't within this update, it’s still coming."

Although not the news we were hoping for, it’s clear that Mediatonic hasn’t forgotten about Xbox and Nintendo Switch players, despite originally announcing that Fall Guys is coming to other platforms way back in February 2021. It hasn’t been complete radio silence since then, as the developer did also reveal late last year that fans shouldn’t expect an Xbox or Switch release in 2021, but that it remained one of their top priorities.

Originally launched back in August 2020, the colorful Battle Royale game has remained a PlayStation and PC exclusive for some time now. There is good news for these players too as, in the same update, Mediatonic announced that crossplay will become available alongside the Season 6 update - so you can compete against your friends regardless of which platform they are playing on.

Not only this, but Season 6 will also bring a new game mode to Fall Guys known as Sweet Thieves. In this mode, jelly beans will be split into two different categories: Thieves and Guardians. As in Mario Kart 8 Deluxe's Renegade Roundup, one half of the players will be causing chaos and stealing candy pieces, whilst the others go after them and send them to jail. Any Thieves who haven’t been caught will be able to free their teammates with the touch of a button.

No one gonna play this lmao