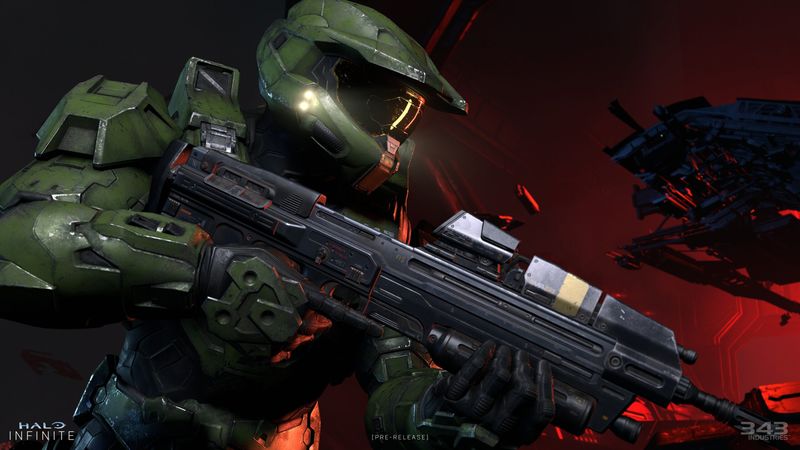 3.7
A substantial new update for Halo Infinite is set to roll out for Xbox and PC later this week. Although there have been countless patches for Halo Infinite since the game was released back in December, this new update is going to be a bit more substantial than normal given that it comes midway through Season 1. And while the update in question might primarily bring about a number of multiplayer tweaks, some big changes are also said to be coming for the campaign as well.

In a message posted on the Halo forums recently, 343's community manager John Junyszek revealed what fans can expect from this week's Halo Infinite update. Even though the finer details of the patch, especially in regard to the campaign tweaks, weren't really detailed, it was said that the update is going to fix a lot of lingering problems. "We'll see multiple improvements in the campaign experience," the blog post said. "Whether it's addressing issues with Achievements unlocking or returning to the game via Quick Resume, the team has been working on a handful of fixes for campaign since launch and there will be more on the way."

Again, this is all a very broad description of what will be changing with the campaign in Halo Infinite, so we'll have to wait until later to learn more about what will actually be getting tweaked. Still, it's good to see that 343 Industries is continuing to place a focus on improving the campaign aspect of Infinite even though the multiplayer might be what most fans are still dabbling with.

If you're looking to download this new update for Halo Infinite for yourself, it's set to go live later this week on February 24th. As mentioned, it will be available to download on this date for all of the game's platforms including Xbox One, Xbox Series X, and PC.

I'm sure it's going to make improvements in the game

Never came across a bug but owell