Call of Duty: Warzone Bug is Trapping Gulag Winners in the Sky 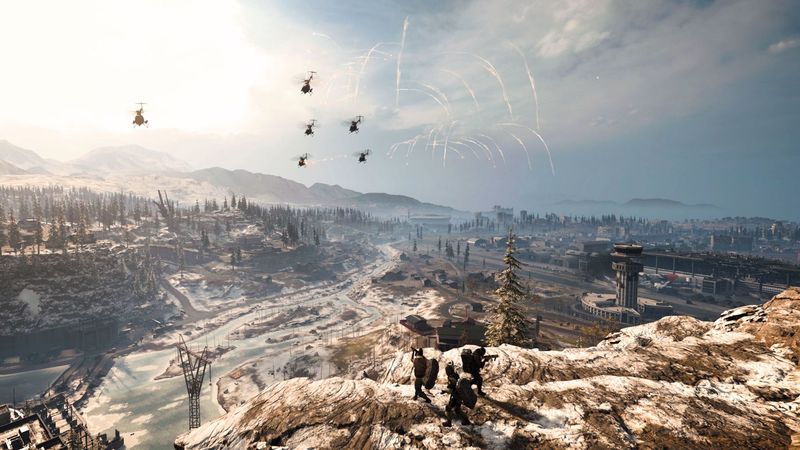 However, with bugs, glitches, and exploits like the Warzone zero recoil issue, the current state of Warzone has been lackluster as of late. Between these issues and cheaters running rampant throughout the game, many players are frustrated by the game state and current problems.

Recently, a player experienced yet another new glitch involving winning a Gulag match and teleporting to "heaven." In a recent clip, Reddit user aargella displayed their Warzone character a huge distance above the map, seemingly trapped walking on an invisible floor. They were still able to shoot and move, but they were unable to escape their sky-prison. Unlike the mostly harmless Warzone disappearing head bug, this new glitch seems to be game-breaking for the affected player.


According to aargella, they were unable to go prone or jump and any grenades they threw would disappear instead of exploding. There seemed to be no way to escape, so aargella ended up leaving after their teammates were eliminated. As for the cause of the glitch, aargella had no idea, but one other Reddit user said it may be caused by a player winning the Gulag and the game attempting to spawn in their teammate's plane as it entered the skybox; the user claimed the same issue occurred to them under the same circumstances.

The discovery of this glitch adds to the pile of known bugs and glitches in the game, further adding to the longstanding issue of the game's quality of life. Issues like the Warzone Kar98k bug severely damage player opinion of the game due to the breaking of immersion and the feeling of helplessness created by glitches that result in a loss. In aargella's case, the glitch did not even give them the option of getting out of the predicament, and even worse resulted from them winning their way back to life in the Gulag.

Issues like these have been detrimental to Warzone since its creation and have stuck with the game over time. New glitches have been discovered with each update of the game and the issue of hackers has only increased, with Warzone hackers now flaunting their exploits on TikTok. Until its current issues are fixed, players will have to wait and see what new updates and Warzone 2 will bring.

Call of Duty: Warzone is available now on PC, PS4, and Xbox One.

"Call of Duty: Warzone Bug is Trapping Gulag Winners in the Sky" :: Login/Create an Account :: 0 comments