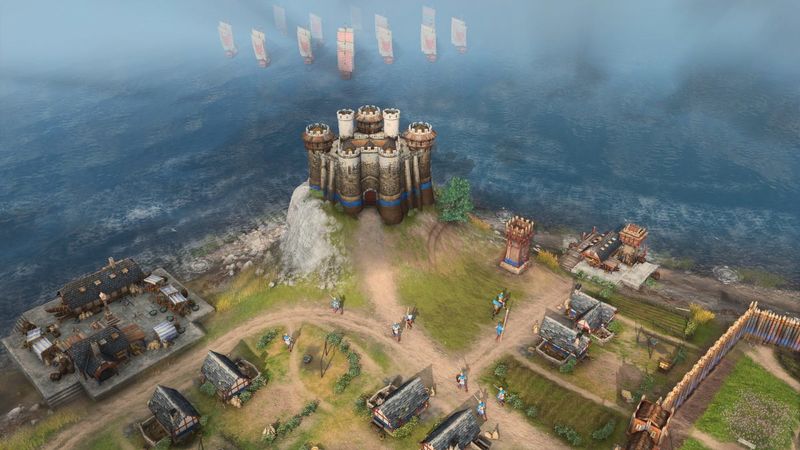 3.8
An Xbox port of the 2020 PC strategy game Age Of Empires IV is currently being tested, according to a code name that has been discovered.

According to @ALumia_Italia, a Twitter user who keeps an eye on Microsoft code names which can be viewed in the Insider Hub of various Microsoft products, XIP_CAR_JANUARY_2022 is now viewable on the Xbox version of the platform.

“CAR” in this case is short for “CARDINAL” the internal code name at Microsoft for Age Of Empires IV.


An Xbox port of the game has never been confirmed, but following the success of Microsoft Flight Simulator‘s migration to console, it seems likely that Age Of Empires IV will be next to follow it.

Sega, the parent company of Age Of Empires IV developer Relic, recently clarified its ‘alliance’ with Microsoft following some confusion that its upcoming “Super Game” would lead to Xbox exclusives.

“We already have a very close business relationship with Microsoft. We outsourced the development of their large-scale titles and as a third party, we are supplying a variety of titles,” the company said, referring to its studios’ work on Halo Wars 2 and Age of Empires 4.

“When we announced the concept of Super Game, Microsoft was sympathetic to that vision and that leads to the announcement this time.

“About this, we are not talking about releasing games to Microsoft exclusively, but rather to develop Super Game that will be delivered to the world together, with their technical support.”

The Japanese publisher has committed to a new ‘super game’ initiative this year, a mid to long-term strategy aimed at creating a “major global title” focusing on the pillars of “global”, “online”, “community” and “IP utilization”.


In the company’s annual report published this month, parent company SegaSammy said it would consider investing up to ¥100.0 billion ($882 million) over the next five years to achieve its ‘super game’ ambitions.

"An Xbox version of Age Of Empires 4 has reportedly been spotted" :: Login/Create an Account :: 0 comments