Rumour: The Last of Us PS5 remake will launch this year 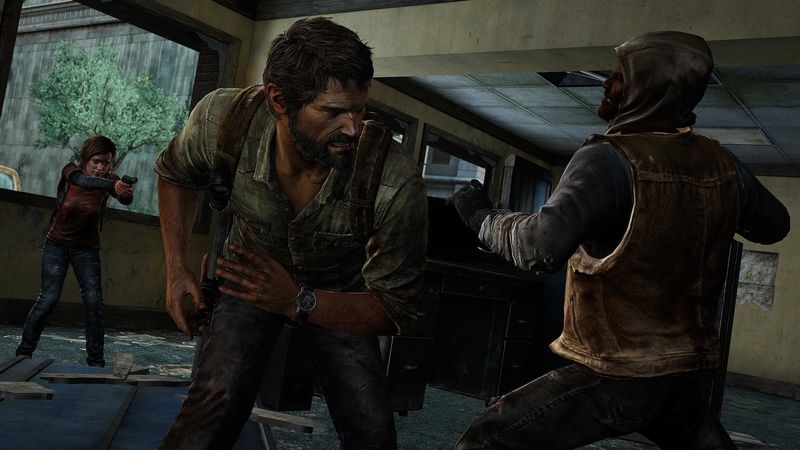 4
Last year a report on Bloomberg detailed how one of Sony’s support-oriented studios, the Visual Arts Service Group, decided to go and remake The Last of Us for PlayStation 5, but without any support from Sony themselves. It was all very strange but allegedly ended with Naughty Dog taking back control of the project.

At the end of last year the Visual Arts Service Group started hiring people, specifically asking for developers “with an appetite for high quality, 3rd person, action/adventure games.” Now, industry tipster Tom Henderson has tweeted “Heard from multiple people now that the TLOU remake is nearly finished and could release during the latter half of 2022.”

He has also posted a video from Sony’s CES 2022 briefing yesterday that revealed more details of PSVR 2. Joel and Ellie can clearly be seen in the background. Other PlayStation icons including Ratchet & Clank, Aloy, and Jin are also pictured but Joel is certainly the odd one out, mostly because he’s very dead.

Heard from multiple people now that the TLOU remake is nearly finished and could release during the latter half of 2022🧐 pic.twitter.com/ZxmNU7zS9k


Sony have a habit of dropping imagery from upcoming games in the background of presentations so is this a reference to The Last of Us for PS5? It could be, but why on earth would we need a The Last of Us Remake anyway? Well there’s one very obvious reason – Sony release games on PC now. A PS5 version of The Last of Us would mean the graphics are good enough for a full price release on PC.

Naughty Dog are, as far we know, still working on Factions, the multiplayer portion of The Last of Us Part 2 that was cut from the game’s release. That could come to PC as well and having the original title to launch alongside it would be good marketing. At CES 2022 Naughty Dog’s Neil Druckmann did say “We’re dying to share with you the multiple game projects we have in the works at Naughty Dog.”

There’s also The Last of US tv show out this year, launching the remake alongside that would also sell a lot of games.

One other bit of TLOU news: Naughty Dog are looking for a a senior monetization/economy designer, perhaps hinting that Factions may be free-to-play.

The multiplayer needs to be on it, used to play that so much on the ps3