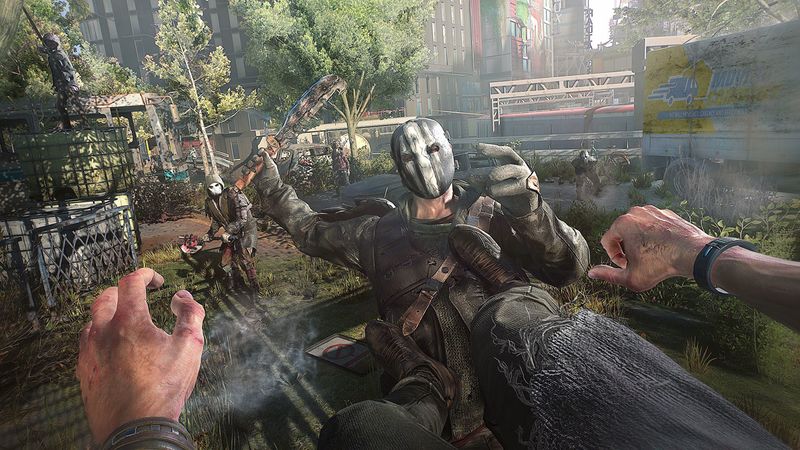 3.8
There will soon be a torrent of things for gamers to enjoy, as February 2022 is packed to the brim with major new games, expansions, and more. One of the big new releases is Dying Light 2, the follow-up to 2015's hack and slash zombie parkour game. While Dying Light 2 has been delayed a few times, it seems that it's finally ready to release, and the studio behind it is showing off a fair bit of new information.

Earlier today, Techland revealed a new Dying Light 2 gameplay video diving into how its skill trees will operate. There are two skill trees for players to invest in, Parkour and Combat, with the skills contained within being tailored to giving players new gameplay options. For instance, one skill on the Combat tree allows players to rush into enemies, knocking them off of ledges into the concrete streets below.

Meanwhile, Dying Light 2's Parkour skill tree will help players explore more of the world, affording them better jump distances, new traversal options, and more. Together, the two skill trees should blend combat and parkour, Dying Light 2's central mechanics, into a far more fluid and versatile experience than what the first game had on offer. It's largely about giving players options for each scenario they encounter.

It's easy to see the potential for the system, too. For example, one skill called "Tic Tac" allows players to run along horizontal surfaces, which can then be coupled with a ground pound for an impressive effect. It's that sort of on-the-fly combo that will give players the freedom they desire when facing off against Dying Light 2's human and zombie enemies, though it will depend on how players choose to invest their skills.

If history repeats itself, Dying Light 2 will also receive a heap of DLC content, as the first Dying Light has received fairly consistent new content packs since it debuted. It's somewhat uncommon for story-driven games to receive new content even six years later, though it certainly means that the development team has faith in its game.

I agree with you Rwxz, it should already be out. I've been waiting

This game needs to come out sooner, I put hundreds of hours on DL1