GTA Online Video Shows How Ridiculous Aim Assist Can Be 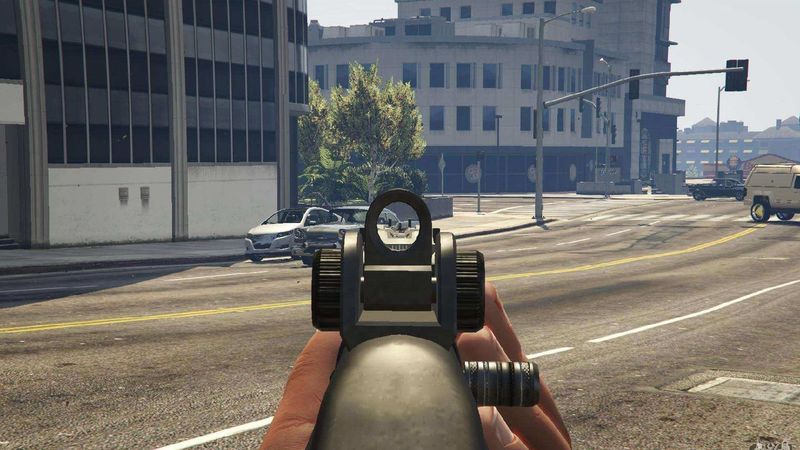 3.7
Grand Theft Auto Online may have started out as just the online multiplayer portion of Grand Theft Auto 5, but it has since taken on a life of its own. Players around the world have been given the chance to run rampant through the fictional state of San Andreas. However, it appears that some of these players--namely, console players--are having a rather different experience, especially when firearms come into the equation. One Grand Theft Auto Online player recently shared a video that puts a spotlight on how ridiculous the game's aim assist can get.

Aim assist is a built-in mechanic found in many games with shooter components. It's designed to make pulling off tricky shots a little easier, but sometimes it ends up going too far to the other extreme.

Reddit user ninja6213 shared a video labeled "When you play on console and get a "little" help from aim assist." The video showcases about 14 seconds worth of Grand Theft Auto Online gameplay that features what may be one of the most ridiculous kills in the game's history. In the video, a Grand Theft Auto Online player is shown flying a smoking plane for a few seconds before they bail out and trigger a parachute. While falling, they then take out a gun and fire blindly behind them at another character approaching on another flying vehicle.


Incredibly, the shots hit and the other character is killed instantly, leaving ninja6213 to continue parachuting toward the ground. This may not be the first time players have run abused ridiculous aim assists in shooters for easy kills, but it may be one of the silliest to watch. Apparently, Grand Theft Auto games on console have always featured a built-in aim assist, which may explain why many Grand Theft Auto console players are involved in the modding community.

As of writing, it appears that many other fans are of the opinion that the aim assist in Grand Theft Auto Online is a bit over the top. Several users agreed that it made playing Grand Theft Auto Online unnecessarily easy, although a divide soon emerged between PC and console players. Many PC players complained about the NPCs abusing aim assist, while many console players complained about how difficult it can be to play free aim with a joystick. However, a number of console players also reported playing with free aim exclusively, either for the challenge or because aim assist didn't work on their particular console.

Grand Theft Auto Online is currently available on PC, PS4, and Xbox One. PS5 and Xbox Series X/S versions are set to release in March.

Quit crying we have thumbs you got a whole arm of movements.