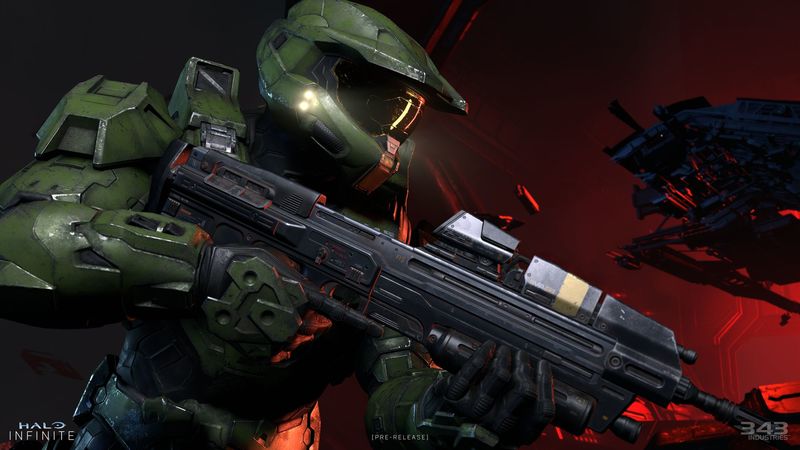 4.5
After waiting more than 6 years for a new mainline Halo game, fans can finally experience the next adventure of the Master Chief in Halo Infinite. Taking place on Zeta Halo, many gamers have enjoyed taking down the enemy faction known as the Banished in Master Chief's shoes. While an average playthrough of the Halo Infinite campaign takes roughly 8-10 hours to complete, some are discovering ways to beat the game much faster through speedrunning.

Speedrunning has been a part of gaming for decades. With this in mind, it is unsurprising that players are already attempting to beat Halo Infinite in insanely fast times only a few weeks after the game launched. Since its release on December 8, players have already found ways to finish the game in less than an hour. However, one player took it to the next level during a January 2 speedrun attempt.

Recently, a speedrunner known as Sasquatch managed to set a new record time for Halo Infinite. After a successful attempt, they managed to complete the campaign for the game in 29 minutes and 49 seconds. This incredible performance made history as the first speedrun to be finished for Halo Infinite in less than 30 minutes. Before Sasquatch set this sub-30-minute run, the previous record time was set by Cryphon. For comparison, Cryphon completed the game in 30 minutes and 31 seconds.

It’s worth noting that this record speedrun by Sasquatch was achieved in the Any% easy category. Nevertheless, this should not take away from this impressive feat, as the speedrunner needed a nearly flawless run to break the previous record time. In order to achieve this record-breaking time, they relied heavily on the new Grapple Shot ability introduced in Halo Infinite. Throughout the run, the speedrunner utilized the grapple to cover large distances very quickly while at the same time managing to slip past Banished forces. In addition, they found multiple Spartan Cores along the way to upgrade the Grapple Shot.

Besides using the Grapple Shot, Sasquatch benefited from a number of glitches in Halo Infinite to speed up progression. By using these glitches, the speedrunner bypassed large segments of the story. As a result, they reached the ending much quicker than normal.

It will be interesting to see how long Sasquatch’s time holds up as players continue to discover new routes and potentially new glitches. Many other speedrunners will likely be attempting to break this record in the coming days. Nevertheless, being the first to beat the Halo Infinite campaign in less than 30 minutes is an impressive accomplishment.

Halo Infinite is out now for PC, Xbox One, and Xbox Series X.

juno This is sad, I remember halo 3 took me a couple of days if straight playing

If you speedrun Halo 3 on legendary, you can finish it in about an hour and a half.

This is sad, I remember halo 3 took me a couple of days if straight playing