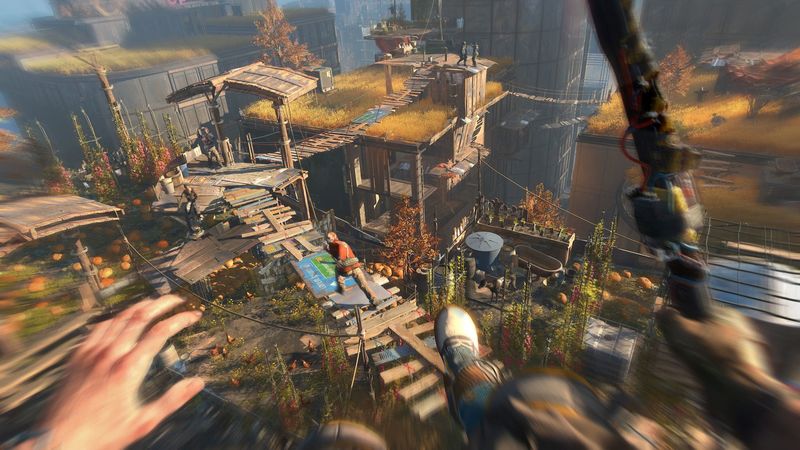 3.8
Given its turbulent development cycle, it’s understandable that there are many who’re approaching Dying Light 2 Stay Human with caution, but if the upcoming open world action RPG can deliver in all the ways that developer Techland says it will, it might just turn out to be a special game. One of many areas where Dying Light 2 is makin big promises is in how much more expansive it’s going to be as an RPG, an one particular aspect of that was recently highlighted by the developer.

Taking to Twitter, Techland recently revealed that Dying Light 2 will offer players over 500 unique pieces of gear and equipment. Where customization and crafting unique player builds is concerned, that’s certainly quite encouraging. Of course, it goes without saying is just as important (if not more) is how well-balanced the gear is and how meaningfully different builds can be based on that variation, so here’s hoping Dying Light 2 has things covered in that area as well.

Dying Light 2 Stay Human launches on February 4 for PS5, Xbox Series X/S, PS4, Xbox One, PC, and as a cloud-exclusive release for the Nintendo Switch. Techland has confirmed that gameplay footage from the game’s PS4 and Xbox One version will be showcased sometime this month.

There are over 500 different items you can equip in Dying Light 2 Stay Human. Talk about gearing up! #DyingLight2 pic.twitter.com/2RQMA79lcJ

Creative_HQ Tired of seeing stuff like this. Borderlands said the same stuff and its just the same exact gun with different names/stats. Have a feeling this is going to be no different.


If dying light 1 is an indication each level there's a new weapon with slightly different stats. Not impressed by this whatsoever, show us actual game demos

Thats not alot of stuff like people think it is

Tired of seeing stuff like this. Borderlands said the same stuff and its just the same exact gun with different names/stats. Have a feeling this is going to be no different.