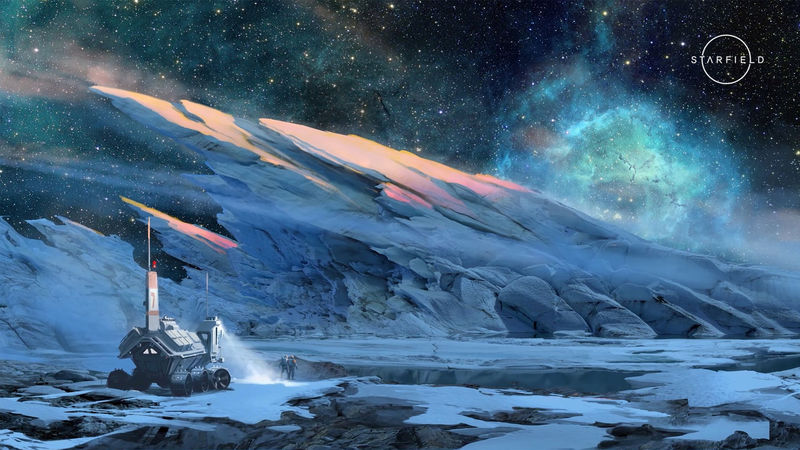 3.4
Starfield fans celebrate 2022 with a new look at the snowy season of the game through gorgeous official concept art!

Okay, now we are in the year of Starfield! Originally revealed back in 2018, Starfield is going to be eventually published later this year, and surprise all RPG fans around the world, with another massive world from the Bethesda team and The Elder Scrolls creators!

As we get closer to the final months of 2022, the hype for Starfield gets higher and higher, but Bethesda knows better than anyone else how to drive fans crazy in the very first minutes of 2022 for its upcoming RPG!

Here's to a new year full of discovery. 🌌 pic.twitter.com/XIGqzGX6Oy


This new beautiful concept art showcases two astronauts on the snow-covered land of a planet during a clear night with shining stars in the sky. Of course, we have such beautiful landscapes on Earth, but this one doesn’t look like to be humans’ home planet.

Just behind the pioneers, there is the giant explorer vehicle, which is probably the temporary home of astronauts on the planet and will surely play a big role in the gameplay as well, especially since we saw a similar vehicle in the E3 2021 trailer of the game too.