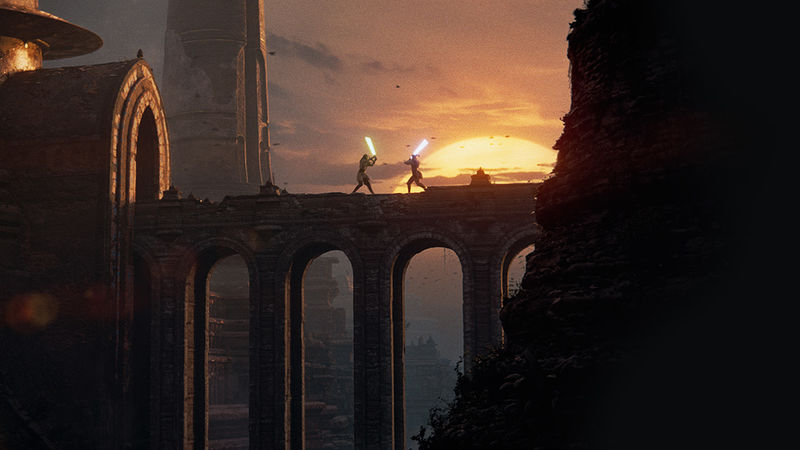 4
There were a number of world premiere announcements at The Game Awards 2021, which took place on December 9, from smaller indie titles to new entries in long-established franchises. Notable among these were Alan Wake 2 by Remedy Entertainment, Telltale Games’ The Expanse, which will be the studio’s first new IP since being re-established in 2019, and Star Wars Eclipse by Quantic Dream.

While many Star Wars fans were excited at the prospect of a new title in the franchise, others were not so thrilled to hear that the developer would be Paris-based developer and publisher Quantic Dream. For nearly a decade, the studio has faced allegations of workplace harassment, discrimination, and fostering a toxic work environment. Not soon after the announcement of the project at The Game Awards, the hashtag #blackoutstarwarseclipse began trending on social media, as fans protested Quantic Dream's involvement in the development of Star Wars Eclipse.

A week ago, industry insider and leaker Tom Henderson, who has been known to provide accurate information in the past, revealed that Quantic Dream may be having trouble with the project. Supposedly, Star Wars Eclipse has been in development for 18 months already, and yet there is still no playable version. According to Henderson, the game may not be ready to release for another four years “at minimum,” and development might even last into early 2027.

If the rumors are true, there are likely two main causes for the troubled development of Star Wars Eclipse. The first is that the studio is having difficulties hiring staff to work on the project, due to Quantic Dream's reputation for being an inhospitable workplace, particularly for women and members of the LGBTQ community. In 2019, Chinese gaming giant NetEase acquired a minority stake in Quantic Dream, but the allegations against the studio have hindered its ability to attract other major investors or potential buyers.

This has led to the second reason the development of Star Wars Eclipse might be moving so slowly: a lack of resources. Quantic Dream has developed five games since its founding in 1997, the majority of which have been single-player linear titles. On the other hand, Star Wars Eclipse is expected to have a multiplayer component and an open world, which requires a game engine with particular capabilities. In addition to developing Star Wars Eclipse, Quantic Dream will need to either further develop its in-house game engine or purchase licensing rights to use a third-party one, and both of those options require funding that the company apparently doesn’t currently have. However, barring a statement from the developer, these rumors remain unconfirmed.