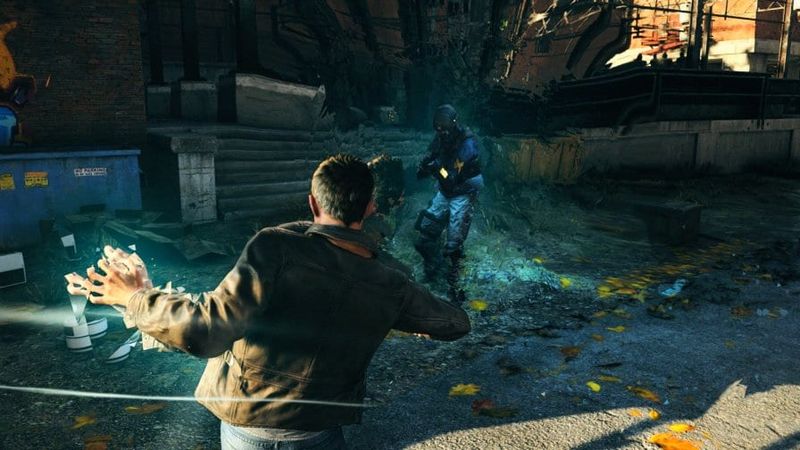 3
Control developer Remedy Entertainment has announced that it has signed a global development, license, and distribution agreement with gaming juggernaut Tencent in respect to Remedy's (and now Tencent's) upcoming co-op multiplayer, free-to-play PvE shooter codenamed "Vanguard." This isn't the first time we've heard about Vanguard, but it's by far the biggest announcement to date as Tencent will now co-finance the development of the title in general as well as be responsible for a number of aspects like the development and publishing of a mobile version.

More specifically, Tencent will now localize and publish Vanguard in select Asian markets, covering the cost of the localization. While the two companies will be responsible for publishing and operating the game in the appropriate territories, both will also share a portion of revenue after development costs have been recouped. As mentioned above, part of the agreement also includes worldwide rights to Tencent in order to develop and publish a mobile version of Vanguard with a separate revenue sharing scheme.


"Vanguard marks Remedy's first entry into Games-as-a-Service business model, executed by our top tier team of free-to-play experts," said Tero Virtala, CEO of Remedy Entertainment, as part of the announcement. "We are building something new and exciting for co-operative multiplayer space, on top of Remedy's strengths. Expanding our capabilities to take on publishing responsibilities is the next step in the development of our company. We are excited for this long-term partnership with Tencent and with confidence can say that it is an excellent fit in supporting Vanguard's ambitious plans. Vanguard is a global opportunity, and Tencent can support Remedy internationally, and lead the operations in Asia and the mobile markets."

As of right now, Remedy Entertainment states that Vanguard is currently in its proof-of-concept phase with a development budget up to the end of its first year of live operations comparable to Remedy's other AAA titles. It is set to use the Unreal Engine and release for PC as well as consoles, though no specific consoles have been announced as of yet. And, of course, there is the mobile version set to be developed by Tencent.