Halo Infinite May Be Getting Grifball and Infection Game Modes Soon 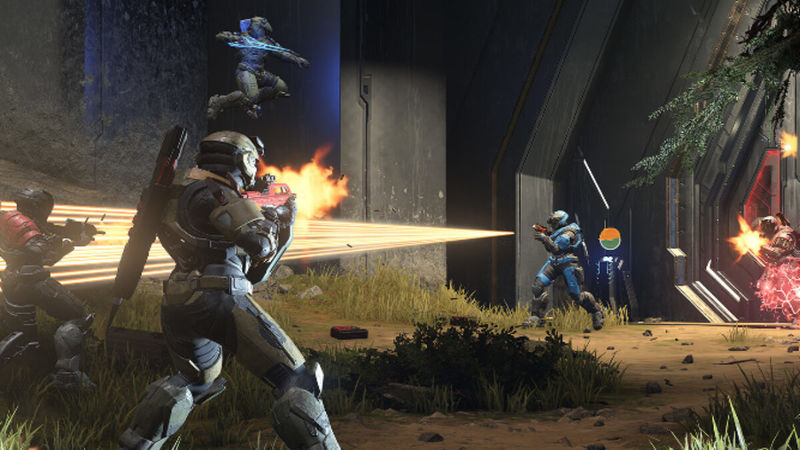 4
Upon its release, Halo Infinite received praise for its addictive gameplay and for offering a fresh take on a Halo campaign. Halo Infinite is widely considered to be one of the best multiplayer games of 2021, and some fans believe that this is the best game in the Halo series since Halo 3 on Xbox 360.

Halo Infinite was also heavily criticized for the implementation of its Battle Pass, as well as a lack of playlists that resulted in users not being able to select a game mode of their choice. 343 Industries has released the highly requested slayer playlist, in addition to SWAT as well as free-for-fall, and the developer has continued to communicate with the audience throughout the post-launch period. A new leak suggests that more fan-favorite playlists will be coming to Halo Infinite in the near future.

HaloNoticiasMX on Twitter has just posted a list of new medals from Halo Infinite. Medals such as “Zombie Slayer” and “Undead Hunter” seem to be related to Infection, while some others, including “Interception,” can be associated with Grifball. In addition to the names, the images used in these medals also seem to imply that both Infection and Grifball will be added to Halo Infinite at some point. As always, every leak should be taken with a grain of salt, but 343 Industries is undoubtedly aware of the demand for these modes.


While the presence of medals does not guarantee that these game modes will be coming to Halo Infinite right after the holiday season, users should expect to see playlists that were present in previous Halo games from early 2022. As Halo Infinite is often considered to be the foundation of the next 10 years of Halo, 343 may choose to release fan-favorite game modes at a steady pace, instead of making them available all at once. User engagement is extremely important for all multiplayer games, and it will be interesting to see how 343 manages to keep the audience interested throughout this 10-year period.

In November, Halo Infinite multiplayer saw the release of the Fiesta playlist, where all players spawn with random weapons and equipment. It was generally well-received by the audience, but it was only available for a limited period of time. 343 Industries has since added Fiesta permanently to Halo Infinite, and it seems like the developer is trying to give players as many options as possible. This is a stark contrast to the state of Halo Infinite multiplayer on launch, as it only released with Quick Play, in addition to Ranked and Big Team Battle playlists.

Halo Infinite is now available on PC, Xbox One, and Xbox Series X/S.

"Halo Infinite May Be Getting Grifball and Infection Game Modes Soon" :: Login/Create an Account :: 0 comments