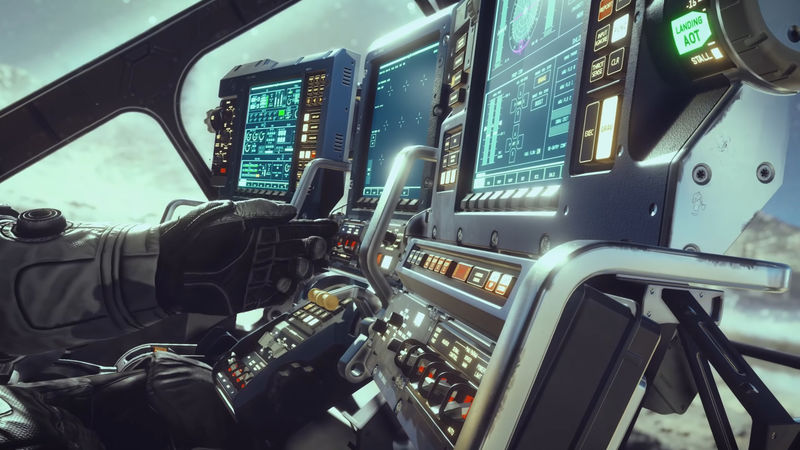 5
Bethesda has been working exclusively on the Elder Scrolls and Fallout games for decades now, living no room for it to pursue an original IP. However, that will change with the upcoming Starfield, a brand new sci-fi franchise that looks to take Bethesda's familiar open world trappings and take them to space. Fans have yet to see Starfield in action, but Bethesda has been teasing them with fresh concept art of areas that they will presumably be able to explore in the game.

Bethesda has released art of a jungle planet in Starfield, some of the spaceships that will be in the game, and more. The latest piece of concept art focuses on another area that Starfield players will likely be able to visit once they get their hands on the actual game next year in the form of a cave with what appears to be glowing crystal structures of some kind. The art shows the Starfield player character standing in a mostly-dark cave with a bright light coming from deeper within it, though fans will have to wait to play the game to find out exactly what it is.

What Bethesda is really driving home with its Starfield concept art is just how varied the game's environments will be. The full details on space exploration and how it will all work have yet to be revealed, but it definitely seems like Starfield will have no shortage of visually distinct areas for players to discover and explore.

What wonders will you uncover in distant caves? pic.twitter.com/hMFZfBLYzB


Seeing new Starfield concept art is great, but it's safe to say that some fans are growing impatient to see something more substantial from the game. Unfortunately, Bethesda has not revealed exactly when it will show off the first Starfield gameplay footage, but one has to imagine that it will happen sooner rather than later. After all, Bethesda is confident that the planned Starfield release date of November 11, 2022 will be met, and so marketing for the game is likely to ramp up in the months ahead.

It's a safe bet that Starfield will be at Microsoft's E3 2022 presentation if fans don't see it before then. Bethesda is known for going all-out with its games at E3, like when it provided a deep dive on Fallout 4 at E3 2015. It stands to reason that Starfield will get a similar treatment, especially since it's being positioned as the Xbox Series X's flagship release for 2022.