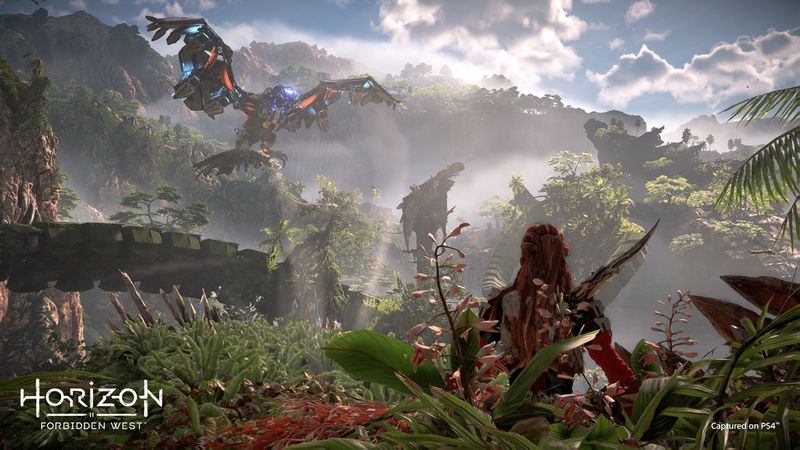 3
When Horizon Forbidden West releases on PlayStation consoles next year, players can expect to see a mix between returning monsters and new enemies. Developer Guerrilla Games has already pulled back the curtain on some of the monsters that will appear, and now it has revealed new details about another: Slitherfang. If the name isn't a giveaway, Slitherfang is a giant mechanical amalgam of rattlesnake and cobra. Game Informer had the chance to check out the boss battle, revealing some of Slitherfang's moves in the game. Apparently, the monster will be able to spit acid, and it can also use its tail to shoot lightning bolts.

In addition to these attacks, Slitherfang has a powerful move that can leave Aloy deafened. Apparently, the attack is a sonic pulse that comes from the monster's neck, and can leave players open to other attacks. Game director Mathijs de Jonge tells Game Informer that the attack is "hard to dodge." Thankfully, Slitherfang has a number of weaknesses, including ice, fire, and plasma-based attacks. However, the monster's patterns can shift based on the amount of health it has left, forcing players to adapt as the battle continues.

It's interesting to see some of the new foes Aloy will face off with in the upcoming sequel! The beasts in Horizon Zero Dawn were one of that game's biggest highlights, and it's looking like that could be the case for the sequel, as well. These machines were created to protect the Earth from humankind, and they have a number of methods meant to stop Aloy on her quest. Slitherfang joins newcomers like Tremortusk, Sunwing, and Clawstrider, as well as returning beasts like Snapmaw. With the game's release date swiftly approaching, hopefully Guerrilla Games will start to pull back the curtain on more of the game's opponents!

Horizon Forbidden West is set to release February 18th on PlayStation 4 and PlayStation 5.