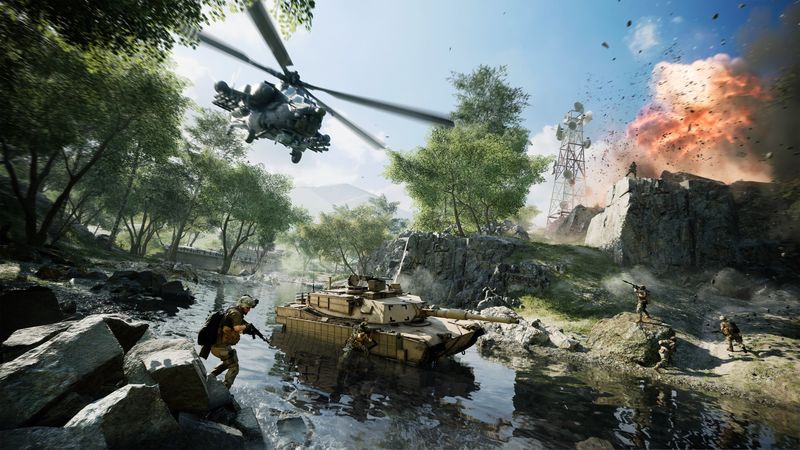 4
A new Battlefield 2042 leak has revealed our first look at an unreleased map that is reportedly coming to the PC, PS4, PS5, Xbox One, Xbox Series S, and Xbox Series X game alongside Season 1. Right now, there's no official word when the game's first season will release, but leaks indicate it won't be out until March. In other words, players shouldn't expect the map below until March at the earliest, assuming it releases.

The leak comes the way of Battlefield 2042 dataminer Temporyal, who not only provided our first look at the map, dubbed Exposure, but provided some details about the map, noting it's set in Canada and that it boasts a secret research facility that the Russians believe is housing some type of military weapon.

Below, you can check out the tweet relaying all of this for yourself:

Exposure seems to be part of Season 1. pic.twitter.com/gj51UdZTaP


As always, take everything here with a grain of salt. This is a datamining leak, not an official reveal. Not only is everything here unofficial, but it's subject to change. As for DICE and EA, neither have commented on this leak nor the speculation it has created. We don't anticipate this changing because neither party ever comments on leaks, but if either or both do, we will be sure to update the story with everything you need to know.