Sea Of Thieves Has Surpassed Five Million Players On Steam 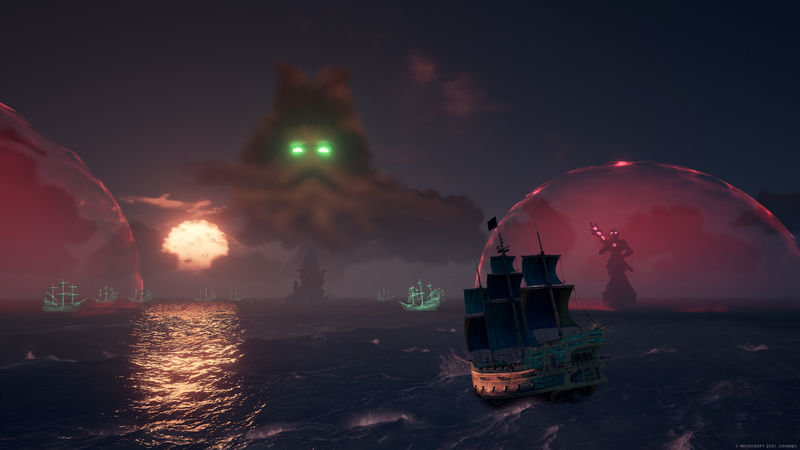 4.5
In many ways, Sea of Thieves represents the first game of the modern Xbox era, where Game Pass has reigned and the first-party scene has grown stronger than perhaps ever. To add another feather in its cap, Rare is celebrating five million lifetime players on Steam.

That figure comes only 18 months after the game first migrated to Valve's vaunted storefront. Previous to that, the game was exclusive to Xbox and the Windows PC store. It was also the first game to ever launch into Game Pass on day one when the game arrived in March of 2018.

Rare is taking its victory lap and inviting players to join in with a free, limited-time emote. Sign into the game anytime before 4 PM PT / 7 PM ET on December 29 to unlock the All Together Now! emote. This new pirate jig can be seen in the tweet below.

We're celebrating more than five million scoundrels splashing out for Sea of Thieves on Steam! To mark this milestone, anyone who plays SoT between Dec 22nd 2pm and Dec 29th 11:59pm GMT gets the All Together Now! Emote for free. Cheers! 🍻


It was back in October when we learned that, across all platforms, Sea of Thieves had topped 25 million players. This, of course, includes players who access the game via Game Pass and have not purchased it directly, but that's all part of the business model for Xbox. The live-service game offers additional in-game purchases via the Pirate Emporium, selling cosmetics, pets, and emotes.

Over the summer, Rare reported nearly five million players jumped into the game in July alone, likely due in large part to the Pirate's Life crossover with Disney's Pirates series. The Festival of Giving is going on now, with its own slate of challenges and rewards as one part of the larger Season Five. You can find Sea of Thieves in our recommendations for the ongoing Steam Winter Sale.