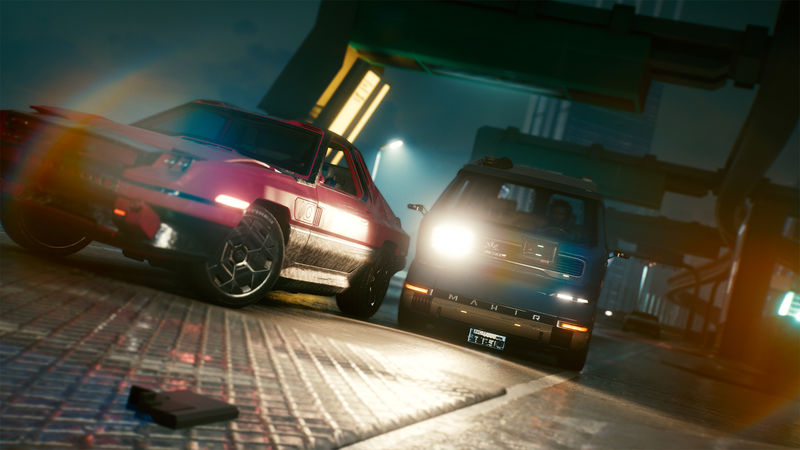 For some context, in Cyberpunk 2077, police will spontaneously appear around you and start firing off rounds instead of chasing you around the city GTA style. It isn't everyone's favorite thing about the game. In a new Cyberpunk 2077 livestream, Sasko was asked about the lack of chase sequences – a feature that the asker suggests is "in every other open world game" – and he takes the time to explain that, essentially, the feature was dropped due to time and technical limitations. (This quote has been edited slightly for clarity.)

"First of all, not every open world game, right? Because, like, I don't think that Sonic, the chase game, will have it, or the Elden Ring open world game will have it," he jokes. "Second thing is, the thing is that ... because of various limitations, you know, that we had, and in this specific case, it was just a technical limitation ... We simply didn't manage to make it."

Sasko goes on to imply that CDPR originally intended to have some form of chase mechanic in the game but ultimately scrapped it in development. "It's not that we didn't make it because we didn't want to, it's just simply like, there are some reasons, you know, that basically prevented us from actually being able to deliver this," he says.

Over on Reddit, Sasko is taking some heat for his joke comparing Cyberpunk 2077 to Sonic and Elden Ring, but if you watch his entire unedited response, it's pretty obvious that he was just horsing around. The sincere part of his explanation is simply that police chases were cut for some combination of technical, budget, and time constraint reasons.

"like, I don't think that Sonic, the chase game, will have it, or the Elden Ring open world game will have it,"