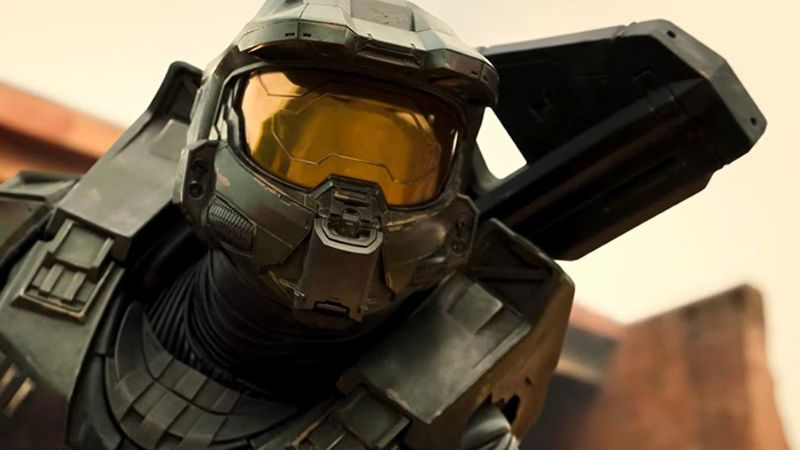 4.5
When the Halo TV series premieres next year on Paramount+, viewers probably won't have to know a lot of the intricacies of the canon to enjoy the show. Developer 343 Industries has confirmed that the series will take place in its own separate continuity, despite earlier rumors suggesting it might be set in the same world as the Xbox games. In a video shared by the Halopedia Twitter account, that news was confirmed by Kiki Wolfkill of 343 Industries, who is also one of the show's executive producers. Wolfkill confirmed that the new timeline even has its own name: the Halo Silver timeline.

"We do have some context and perspective that is different from some of those stories that we've experienced or read about in the games. We're referring to this as the Halo Silver timeline as a way of differentiating it from core canon, in both protecting core canon, and protecting the television story. And by that I mean being able to give ourselves the chance to evolve both, and for both to be what they need to be for their mediums without colliding with each other," said Wolfkill.

The upcoming Halo TV show now has its own canon status! It falls under something called the "Halo Silver Timeline".

According to @k_wolfkill, this was done to help protect both the Core Canon and the TV show's story, letting each evolve to best suit the medium that they are on. pic.twitter.com/e3YAv5UDUm


It's hard to argue with Wolfkill's logic! Halo is one of the biggest video game franchises in the world, but the new TV series presents Xbox with an opportunity to reach a new audience. Chaining the show to the canon of the video games would make it difficult for newcomers to fully appreciate the streaming series without spending hours playing all the games or reading up on them.

That isn't to say that current fans won't still be getting an experience that's faithful to the Halo franchise! With 343 Industries working closely with Showtime and Amblin Televsion on the series, it's possible fans could see a finished product that is authentic to the games that inspired it. Of course, faithfulness to the source material does not always equal quality, but Halo is looking pretty promising, thus far!