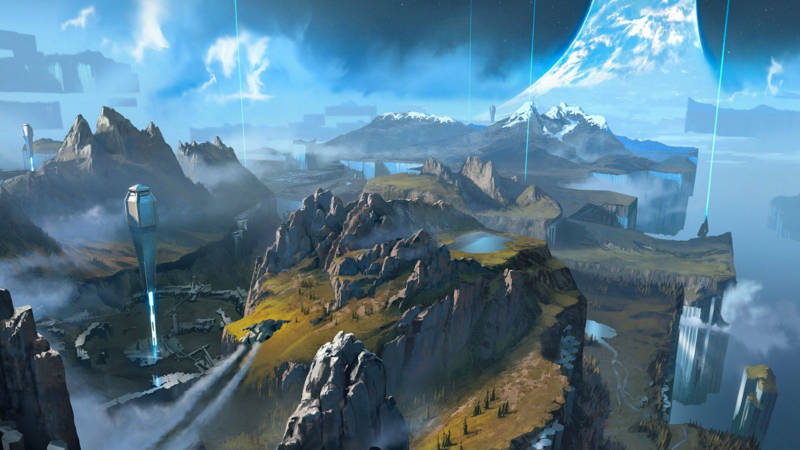 4.2
The campaign for Halo Infinite was released on December 8, and since then, players have had a chance to explore many parts of Zeta Halo as the Master Chief. With a new semi-open world design that encouraged more exploration than ever before in the series, the developers put a lot of emphasis on creating the various environments found in the game. For example, Halo Infinite includes natural wildlife, along with a day/night cycle. While many players liked these aspects of the semi-open world design, some thought that the environments were lacking in one crucial area.

In a post on Reddit, a user known as Apprehensive-Sir829 argued that Halo Infinite needed to have a weather system. To help prove their point, they shared a collection of concept images. These pictures showed what the campaign might look like with inclement weather. Each of these concept images was impressive, as they illustrated inclement weather impacting Zeta Halo. From rain clouds hanging over Forerunner structures to lightning bolts dancing across mountain tops, the idea of dynamic weather systems looked promising.

After Apprehensive-Sir829 posted these pictures about a weather system, many members of the Halo Infinite community chimed in on the debate. With over 4,800 upvotes in only a few days, the consensus appeared to be that the world needed an upgrade. While numerous fans praised the gameplay, they agreed that features such as a weather system would make the Halo ring feel much more immersive. Some even commented that 343 Industries had previously stated that updates to the weather system could come after launch. However, others questioned how long that update would take to eventually be implemented.


In addition to a weather system, some players wished that the developer would update the day/night cycle on Zeta Halo. While the game currently features different times of day, many believed that the nighttime segments needed to be darker. “Night is just day but with blue light,” one gamer commented. Some claimed that they could hardly tell the difference from day to night and stated that the flashlight feature was hardly ever necessary.

Beyond the weather system, players wanted 343 Industries to include other unique biomes to Zeta Halo in future updates. For example, gamers wished there was a desert and snow biome included in the Halo ring. In addition, some wanted to see a Jungle environment.

It will be interesting to see what transpires moving forward. In the past, the developers at 343 Industries mentioned bringing a weather system to the game following release. However, little is known about the possibility of the feature being implemented. It seems only time will tell if more updates to the environment, such as with inclement weather, arrive in the coming months.

Halo Infinite is available for PC, Xbox One, and Xbox Series X/S.