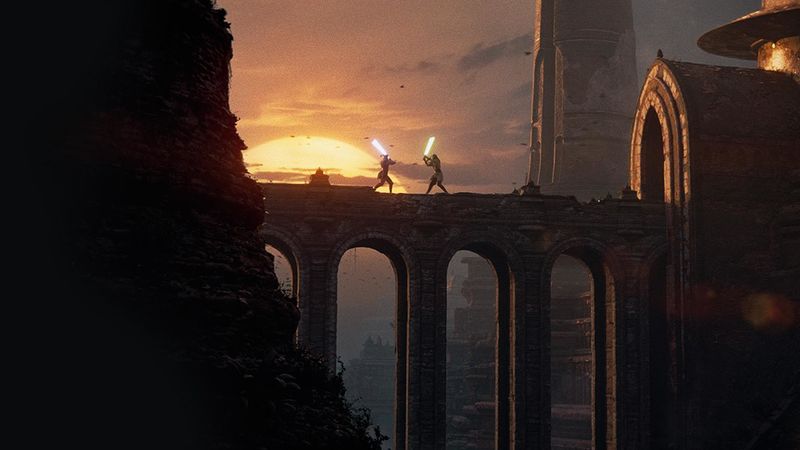 4.4
During The Game Awards 2021, a new Star Wars game dubbed Star Wars Eclipse was revealed. Set during The High Republic era, the game is said to put player choice at the heart of the experience, and this is about all we know about the game, other than that it's being made by Quantic Dream, a team that is best known for its trio of PlayStation exclusives: Detroit: Become Human, Heavy Rain, and Beyond Two Souls.

Officially, this is about all we know about the game. That said, we have some new unofficial details on the game, which come courtesy of AccNGT, a leaker who notably leaked images of the game before it was revealed.

According to AccNGT, Star Wars Eclipse is an open-world action-adventure game with interactive storytelling with some multiplayer elements. AccNGT adds the game is an original story and a very ambitious game that has apparently looked towards The Last of Us for inspiration. Further notes made include a note about the game having a non-linear story, much like Quantic Dream's previous games and several playable characters.

Development-wise, the leaker claims the game's development began, in some form, 18 months ago and is using the studio's in-house engine, which is known for its visual fidelity more than gameplay.

This is all the report shares. As always, what is shared should be taken with a grain of salt. Meanwhile, if any type of comment or response is issued from anyone involved in the game's development pertaining to this report, we will be sure to update the story accoridngly.

Star Wars Eclipse is in the early stages of development. Right now, there's no word of a release date or even a release window. Meanwhile, there's also no word of platforms, though the reasonable and safe assumption is that this will be a PC, PS5, and Xbox Series X|S. Alas, we have next to no official details on the game, but the following game description has been provided:

"Star Wars Eclipse is the first video game to be set in an uncharted region of the Outer Rim during The High Republic era, known as the golden age of the Jedi. The game will build upon Quantic Dream's expertise in delivering deeply branching narratives and will go beyond their already established acclaim. Player's choices will be at the heart of the experience, as every decision can have a dramatic impact on the course of the story."

Yeah, a gameplay vid is a must first before purchasing

Rareparrot All it is just a bunch of humans carrying lightswords whats the big deal?

All it is just a bunch of humans carrying lightswords whats the big deal?