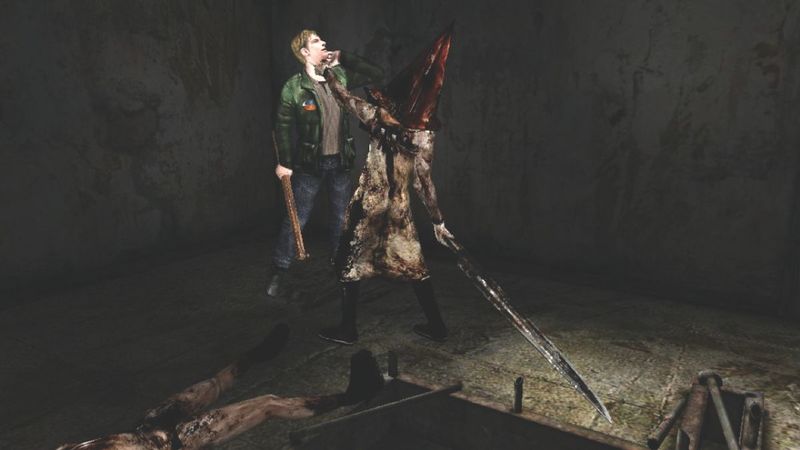 3.9
Silent Hills might be the most famous cancelled video game of all-time. The collaboration between Hideo Kojima and Guillermo del Toro was highly-anticipated before its cancellation in 2015. It's been more than six years since Konami put the kibosh on the game, but fans haven't forgotten, and there's new speculation that Kojima could be working on the series once again. The source of this speculation comes from The Game Awards, where Kojima and del Toro both made brief appearances. In fact, del Toro introduced this year's winner for Best Art Direction, and couldn't help referencing Konami's horror series.

"You know, one franchise I love the art direction in: Silent Hill. I hope we get a new one of those," said del Toro.

It's difficult to say whether del Toro's statement was intended to hint at something bigger, or if it's just meant as a shot at Konami for cancelling the project in the first place. There's still a significant amount of bitterness surrounding the game, and it's entirely possible that del Toro wanted to use the stage at The Game Awards to share his disappointment that the Silent Hill franchise remains missing in action.

The cancellation of Silent Hills marked Konami's move away from major AAA game development. Over the last few years, Konami has largely focused on ports and smaller games, but has stated that it has no plans to leave the industry. Rumors have persisted for years regarding a new Silent Hill game, and many of those rumors tend to involve Kojima. This could be wishful thinking; after all, P.T., the playable teaser for Silent Hills, is still regarded as one of the greatest horror video games ever, and has earned a huge following of its own. Unfortunately, P.T. is no longer available for download, and rumors surrounding a new Silent Hill game remain just that.

For now, fans of Silent Hill will just have to keep waiting patiently! The series has a significant number of fans outside of del Toro, and they would love to see the series return. Hopefully, official news will come in the near future.