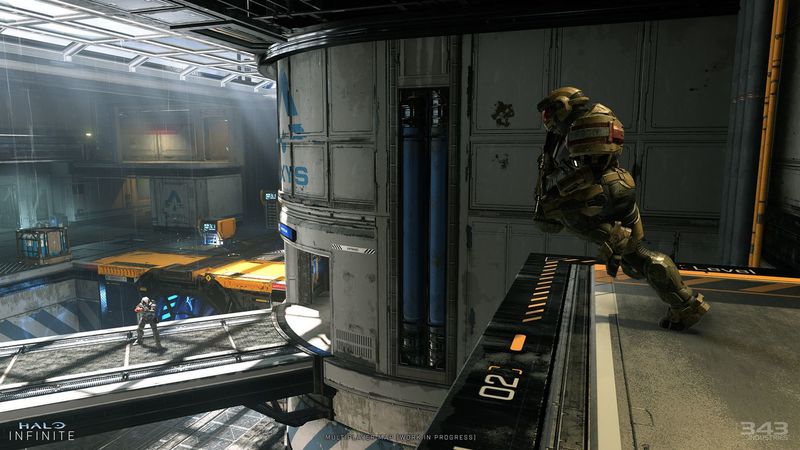 4.1
A new update for Halo Infinite has today rolled out and has given players exactly what they've been asking for: new playlists and challenges. 343 Industries revealed at the start of this month that it would soon be pushing live this new update for the latest entry in the Halo series at some point before the end of December. Fortunately, the patch ended up coming about sooner rather than later and has further bolstered the offerings that are available in the game's multiplayer component.

The latest patch for Halo Infinite, which is available to download right now, notably adds four new playlists to the game. Many of these playlists are ones that players have been asking for since Halo Infinite's multiplayer released last month and include Team Slayer, Free-for-All, Tactical Slayer (SWAT), and Fiesta. Team Slayer, in particular, is something that 343 originally said wouldn't be arriving until 2022. However, after receiving numerous pieces of feedback from the community, those working on Halo Infinite decided to add the playlist much further in advance.


The other biggest tweak to Halo Infinite in this update involves challenges that progress the battle pass. 343 Industries says that is has not only added new challenges to the game in today's update, but it has also tried to "further alleviate frustrating challenges" that players haven't been enjoying. In addition, the requirements that are now needed to achieve each week's Ultimate Challenge have been lowered.

While these are the biggest things that 343 has altered in the latest update for Halo Infinite, by no means is this all that the patch has done. Further tweaks to ranked play and matchmaking have also been made today to go along with rank distribution.

Pretty disappointed in the new playlists, they seem to be the worst implementation of all of them across the whole series. We gotta get more maps and better playlists to help with the repetitive boringness of this game.