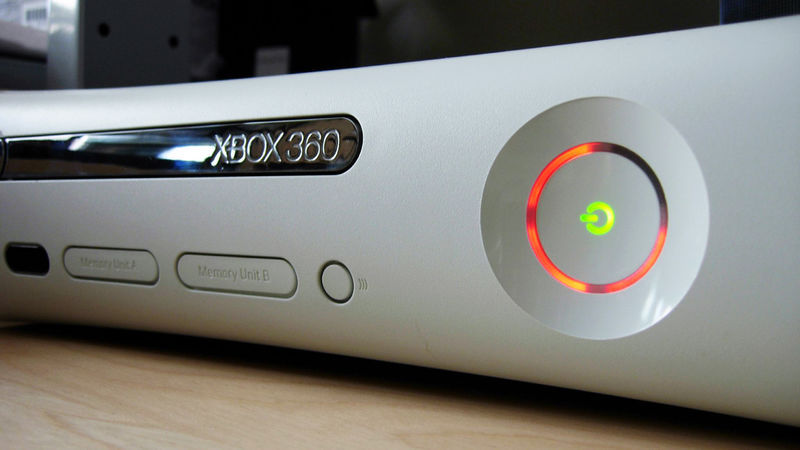 3.6
As a whole, Xbox has had an incredibly storied history. While comparatively younger than other big name publishers like Sony or Nintendo, Xbox has maintained a prominent presence within both the gaming community and industry since the launch of the original Xbox. Although, if there's one thing that can be said about Xbox as a brand is that there have been a number of bumps in the road.

Over the years, Xbox has pursued a littany of ventures in terms of new tech and the acquisition of various game studios, but it hasn't always been smooth sailing. From the rise and fall of the Kinect, to the numerous hardware issues the Xbox One experienced when it first launched, Xbox has had its fair share of hardships. However, one of the most legendary pieces of Xbox iconography is also one of the publisher's greatest shortcomings: the Red Ring of Death, which has now been made into a poster.

Microsoft has officially created a poster based on the Red Ring of Death as part of a promotion for the docuseries Power On: The Story of Xbox, which goes over both the good and bad periods of Xbox's history. The Red Ring of Death poster, along with various other pieces of merchandise meant to celebrate the docuseries, are now available to purchase Xbox's online merchandise store.

During the Xbox 360 era, players would often encounter a hardware issue as a result of the console overheating. The ring of green light surrounding power button would glow red and the amount of segments of the ring that turned red would dictate how bad the hardware issue was. This consistently happened to so many different users that Xbox players colloquially referred to it as the Red Ring of Death. 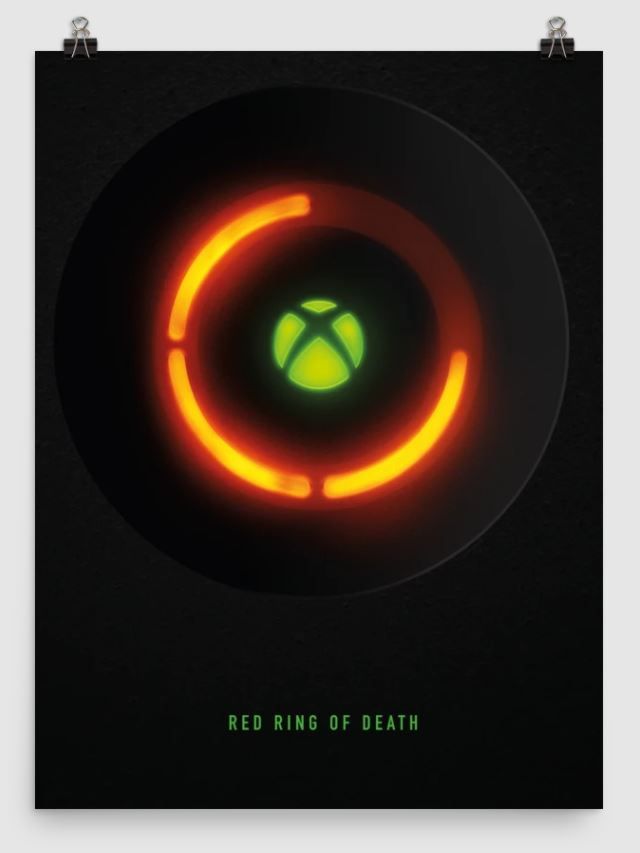 The Red Ring of Death has since become synonomous with Xbox as a whole and brought attention to issues with consoles overheating in general. Many players would go on to find creative ways to keep Xbox consoles from overheating. The Red Ring of Death is a significant piece of Xbox history that apparently cost Microsoft a billion dollars to make, which sadly won't be recuperated as a result of the poster sales.

In any case, it's amazing to see what Xbox has done to celebrate its history as a publisher. 2021 marks the 20th anniversary of Xbox and Microsoft has done quite a lot to give back to its community of players. To the point where an online Xbox museum was created to allow players a creative look at everything Xbox has accomplished over the last two decades.

This happened to me on the first year I had a Xbox 360 lol shit was annoying cause it happened to me twice but it was nice of Microsoft to give me a new replacement Xbox and 2 months of gold! :D

My one falcon that I had for a very long time was a trooper. Wathcing this video makes me laugh lol, poor red ring. Cool poster though!

Painful times, painful times.. Dont know how many 360s I went through due to rrod... But stuck with them ever since. Cant switch up on your day ones