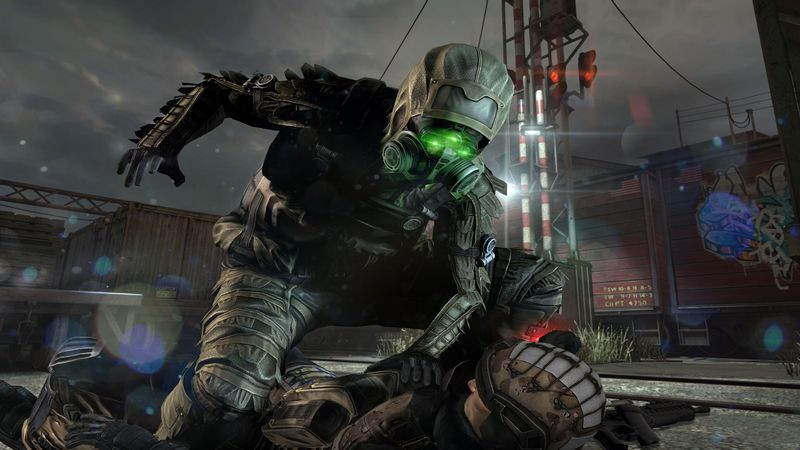 4.4
After years of requests from fans, Ubisoft finally announced today that it is bringing back Splinter Cell. The longtime video game publisher revealed today that it is currently in the process of remaking the original Splinter Cell title at its studio in Ubisoft Toronto. And while this news on its own is surely thrilling to a number of fans around the globe, it sounds like we'll be waiting quite some time for the game to release.

Detailed on its website, Ubisoft said that it has merely greenlit this remake of Splinter Cell at the moment and is currently looking to staff up for the project. The game is going to be developed within Ubisoft's Snowdrop engine, which is the same one that Avatar: Frontier of Pandora is being created within. As such, Ubisoft says that this remake of Splinter Cell will "deliver new-generation visuals and gameplay, and the dynamic lighting and shadows the series is known for."

A Splinter Cell remake is underway at @UbisoftToronto. Learn more about the project and how you could join the team:https://t.co/XOeGAfS7ac pic.twitter.com/9gqZEJ9OyJ


Speaking more to why Ubisoft opted to remake Splinter Cell rather than simply remaster it, the game's producer Matt West explained that the title needed to be updated for modern platforms. "The original Splinter Cell has a lot that was amazing and revolutionary at the time it came out, 19 years ago. The gaming public now has an even more refined palate. So, I think it kind of has to be a remake as opposed to a remaster," West said. "Although we're still in the very earliest stages of development, what we're trying to do is make sure the spirit of the early games remains intact, in all of the ways that gave early Splinter Cell its identity. So, as we're building it from the ground up, we're going to update it visually, as well as some of the design elements to match player comfort and expectations, and we are going to keep it linear like the original games, not make it open world."

At this point in time, Ubisoft hasn't said anything about when Splinter Cell may end up releasing, nor has it confirmed which platforms it will be coming to. In all likelihood, though, we should expect to see the game come to PlayStation 5, Xbox Series X, and PC within the next few years.

Happy days!! I'm happy enough for it to be a Remake than a Remaster