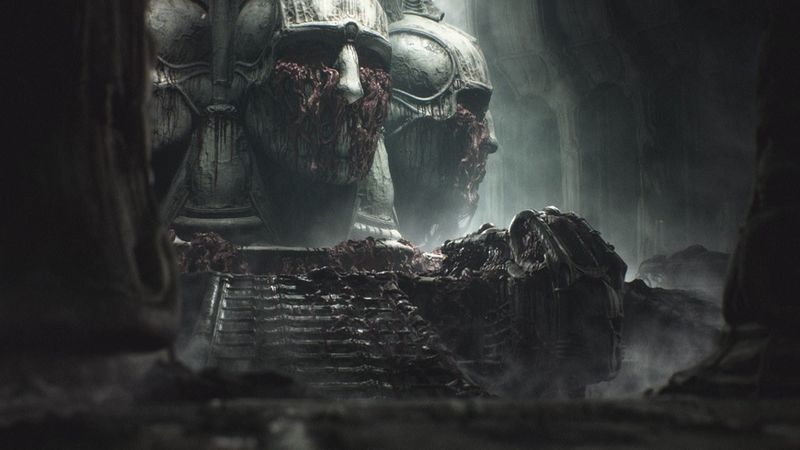 3.9
Developer Ebb Software has committed to an October 2022 release date for its Xbox Series X|S and PC horror game Scorn.

The release date, which was announced via the latest trailer embedded below, represents nearly a year delay from the title’s originally planned 2021 window.

Announced during the Xbox Series X software showcase in May 2020, Scorn is inspired by the work of artists H.R. Giger (Alien) and Zdzisław Beksiński.

“Scorn is an atmospheric first-person horror adventure game set in a nightmarish universe of odd forms and somber tapestry,” according to Belgrade, Serbia-based developer and publisher Ebb.

“It is designed around the idea of ‘being thrown into the world’. Isolated and lost inside this dream-like world, you will explore different interconnected regions in a non-linear fashion. The unsettling environment is a character itself.

“Every location contains its own theme (story), puzzles and characters that are integral in creating a cohesive world,” Ebb adds. “Throughout the game you will open up new areas, acquire different skill sets, weapons, various items and try to comprehend the sights presented to you.”