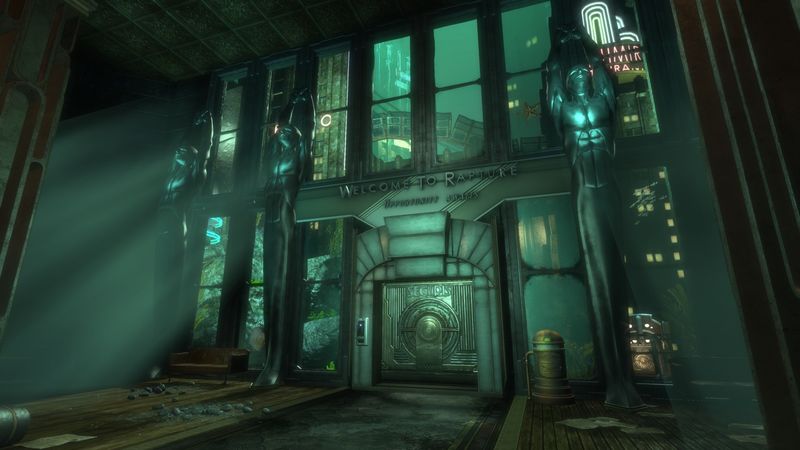 4.2
Amidst rumors that it's going to be revealed at The Game Awards 2021, major BioShock 4 details have leaked online, hinting at when the game is going to release and revealing what era it's set in and where it takes place. The leak actually comes from a report via PlayStation podcaster, Colin Moriarty, who shared the first details on the game during the most recent episode of Sacred Symbols. According to the former IGN journalist and PlayStation insider, who recently leaked Ratchet Clank: Rift Apart before it was announced, the next game in the dormant series is bringing players to the snowy and frozen Anarctica, and more specifically, a city dubbed Borealis. Meanwhile, the backdrop for all of this will be the 1960s.

"The new BioShock game takes place in the 1960s, in Antarctica, and in a city called Borealis," said Moriarty. "The game is apparently referred to as Parkside as its internal codename.... "and the games are inter-connected, which is not a huge surprise."

"Internally the game is very secret and totally locked up. Apparently the inclination there is that they understand full well that this game will be compared to what Ken Levine [the creator of BioShock] does. And by the way, [Take-Two] is also publishing Kevin Levine's next game."

Moriarty added that the game is aiming to release sometime in 2022 and that the team working on it, Cloud Chamber, has "incredible latitude to get the game right." During the Sacred Symbols episode, Moriarty also confirmed the game's name is BioShock Immortal, like leaks have suggested and that a reveal at The Game Awards 2021 next week is potentially on the table, but may have been postponed to E3 2022.

And this is where the report dries up. As noted, Moriarty is a reliable and reputable source, however, this doesn't negate the fact that this is all information of the unofficial variety. Further, even if it's all wholly accurate, it's also subject to change. In other words, take everything here with a grain of salt.