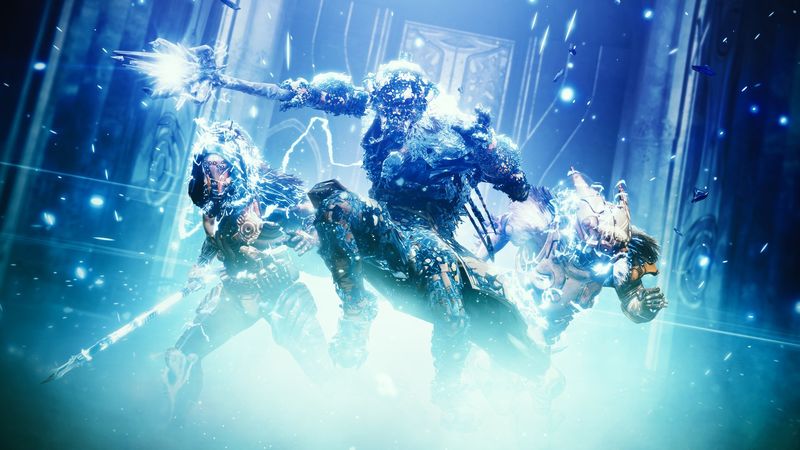 3.7
Following some recent hints at what Bungie had in store for Destiny 2's grenades and melee abilities, it has released patch notes for update 3.4.0--and they bring with them a more detailed rundown on how exactly grenades, in particular, have been changed. Most of these changes reduce damage in player vs. player modes and increase damage in player vs. environment modes.

For Stasis, the Whisper of Shards fragment that boosts the grenade recharge rate after shattering crystals has 50% reduced regeneration in PvP. Duskfield Grenades can slow or freeze the Well of Radiance Super. Also, all Stasis grenades recharge at the Glaciar Grenade rate when the Warlock Aspect Bleak Watcher is equipped.

Destiny 2's 3.4.0 update lists a breakdown of cooldown rates and adjustments for every Void, Arc, Solar, and Stasis grenade in Destiny 2.

A General Rundown Of Grenades In PvE:

Also, grenade energy regeneration depends on how much damage players deal and receive. Bungie explained that these changes push for weapon-focused combat in PvP while enhancing grenade damage in PvE.

Super cooldowns received adjustments too. Like grenades, Super energy heavily relies on the player doing and taking damage. In Year 5, Supers will be reconfigured starting with the Void subclass. Year 5 starts with The Witch Queen's release on February 22, 2022.

Bungie's 30th Anniversary event is live with new weapons to acquire like the Halo-inspired Exotic Sidearm called Forerunner. Players with the 30th Anniversary DLC can also get the famed Destiny 1 Exotic Rocket Launcher Gjallarhorn. Additionally, Bungie is giving players free Bright Dust at the Eververse store to celebrate this milestone.