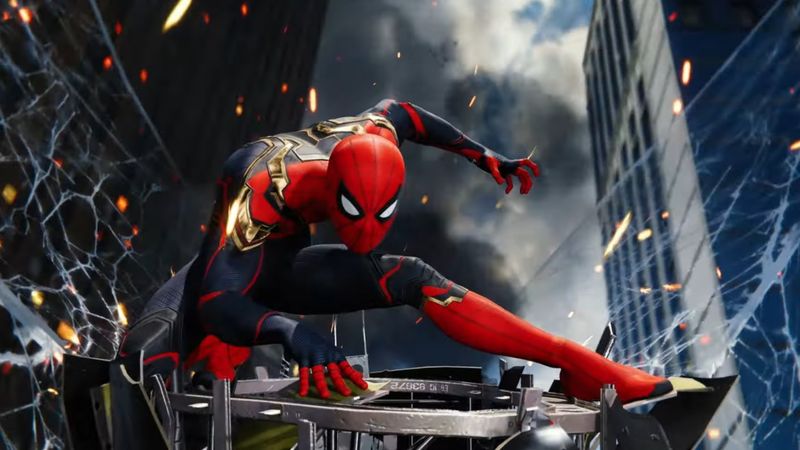 3.7
Spider-Man is just about everywhere you look right now with a little more than a week to go until No Way Home finally hits theaters. The web-slinger arrived in Marvel's Avengers last week, swung into Fortnite over the weekend, and now PlayStation wants to remind you that the Ultimate Edition of Miles Morales on PS4 and PS5 is still a thing just in time for the holidays.

A new trailer for the Ultimate Edition, which includes Miles Morales and a remastered version of Insomniac's first Spider-Man game, just dropped and you can check it out below. If you already own it, or copies of the two games individually, still give it a watch as it features something that might get you swinging back into both titles at some point very soon.

Spidey can be seen sporting two all-new suits during the trailer. Most notably at nine seconds in, Peter Parker executes a perfect superhero landing while wearing the same suit Tom Holland has donned in every single No Way Home trailer we've seen so far. He can also be seen wearing a black suit right before that just before he lands.

The black suit has also been featured in No Way Home's trailers and there is some speculation over what exactly its purpose is. One theory is that the suit is just Parker's regular one inside out. It appears to be something a little more than that though as when Spidey is wearing it, he seems to have at least some of the powers Dr. Strange exhibits in the MCU.

The small print at the bottom of the trailer reveals the suits will be added to the game via an update later this month, presumably after No Way Home has hit theaters. The bad news is the suits will only be added to the remastered version of the game, so no pretending to be No Way Home's Spidey over the holidays if you own the original version of the game.