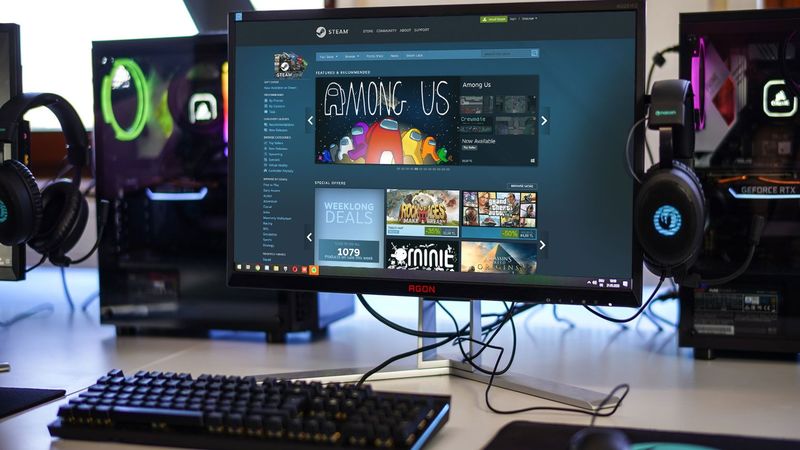 4.8
We don’t know if you’ve heard this, but Steam is incredibly popular. So much so, in fact, that Valve’s platform has beat its concurrent all-time user record once again this year – with over 27 million users online at once as of the time of writing.

Earlier this year in February, we reported how Steam set a new record for its all-time concurrent user count – which stood at 26 million people all using Steam at the same time. It was all very impressive until it got beat again in April, with the record then standing at 26.9 million concurrent users.

Whether bolstered by major new releases such as Halo Infinite’s surprise early multiplayer launch or Battlefield 2042, or the start of a particularly exciting Autumn sale which saw Cyberpunk 2077 re-enter the top sellers’ list, Steam has now broken the 27 million concurrent user mark. Not only that, it’s still climbing, with the count going way over 27.1 million in the last few hours.

This new all-time record was spotted by SteamDB who posted the accomplishment on Twitter. With the holidays coming and Valve’s new hardware the Steam Deck coming next year, it’s entirely possible this record could be beaten – Steam’s done it at least twice this year already, so it seems pretty likely.