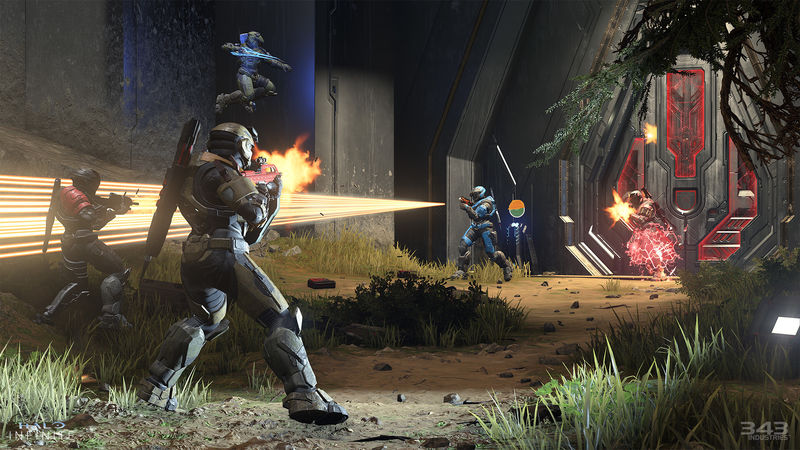 4
When Halo Infinite's campaign launches next month, players won't have the option to play it together. Campaign co-op is currently in development, but Xbox and developer 343 Industries made the decision to delay the mode earlier this month. Some fans might not be happy about that choice, but Halo development boss Joseph Staten recently discussed his reasoning with IGN, revealing why he thinks it's a smart move in the long run. In the interview, Staten intimated that the team wanted to avoid shipping something that didn't meet its standards, rather than offering a substandard product on time.

"I work on Halo but I'm still a Halo fan. And campaign co-op is essential to the experience. Playing Halo with your friends is playing Halo, whether it's multiplayer or campaign. So of all the decisions that we made that were the most difficult, delaying co-op was very, very hard," Staten told IGN. "But it shows the commitment of the studio -- even when it's challenging, even when it hurts -- to only ship experiences when they are ready. To only ship quality experiences. And that's so important for any franchise, but certainly a franchise like Halo that's been around for 20 years."

The choice to delay is never an easy one, and it's interesting to hear Staten talk about the importance of maintaining a level of quality for a longstanding franchise. Over the last few weeks, the video game industry has seen several high-profile games released in a state deemed "unfinished" by players, such as Battlefield 2042 and GTA Trilogy. While updates could help those games recoup some good will, the frustration that players feel in the meantime could lead to them deciding to avoid buying the next franchise entry at launch.

"If we don't maintain that high bar, if we don't commit ourselves to excellence, and commit ourselves to every time we launch something to delighting our customers, living up to our expectations, ideally exceeding our expectations, I don't think we're doing this job right," Staten added. "And the simple truth was co-op just wasn't ready. And we decided to prioritize our efforts in other areas."

I dont like to play any game thats singleplayer, I shall be awaiting co-op mode