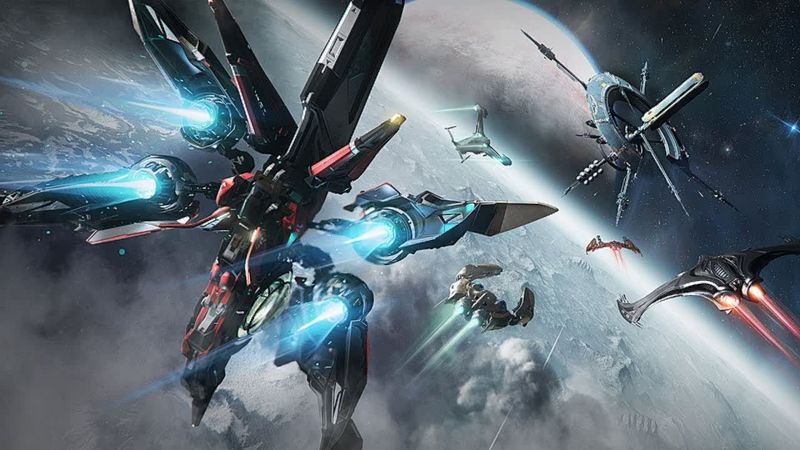 The wildly successful space simulator from Cloud Imperium Games – which boasts a "persistent universe" – keeps track of its donations via a live tracker on the website. As spotted by Eurogamer, yesterday – November 19 – saw the game secure $877,891 (£652.9K) worth of donations in a single day; the day before that, the project had "only" generated $167,126 (£124.3K). That pushes its cumulative donations to, at the time of writing, a staggering $400,390,003.

Star Citizen topped the eye-watering $300 million (£2.2 million) milestone about eighteen months back following a focused crowdfunding effort. Similar to yesterday's bumper crop, a massive surge in donations in June 2020 saw donations jump from around $4 million (£3.1 million) in April 2020 to a whopping $15 million (£11.9 million) in May 2020, according to the crowdfunding timeline graph on the official website.

As Connor summarized a little while back ago for us, Star Citizen is the most crowdfunded thing in the history of forever. But while millions of people are clearly still enjoying the sci-fi adventure, the game may be proof that the more crowdfunding something gets, the slower it gets, too… making Star Citizen's one of gaming's more stranger, occasionally even controversial, success stories.

“The race isn't finished yet," creator Chris Roberts said several years ago when the game had generated "just" $166.7 million (£124 million). "Wait till the finish line is crossed and then I'll say people can make judgments about whether it was the right way or not. Instinctively, it was the way that felt right to me."