Rust gets a permanent in-game store with “premium” cosmetics 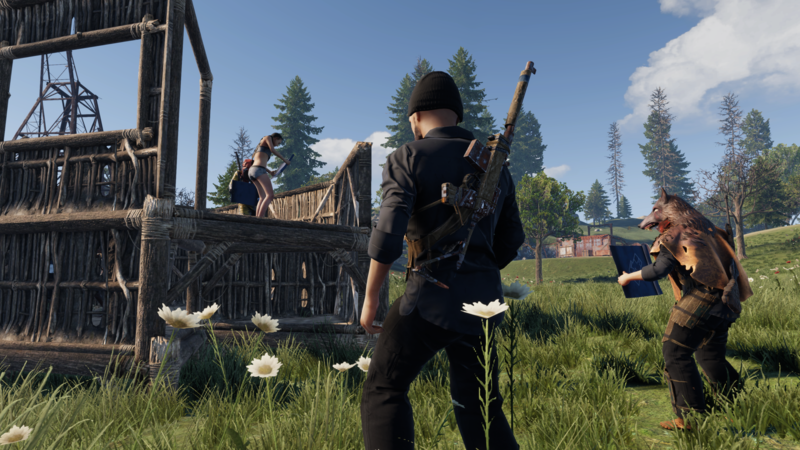 0
Rust has just got a new feature that lets you pick up “premium” cosmetics around the clock, without worrying that limited-time windows will expire before you can nab them. The survival game has now got a permanent in-game store featuring items and skins that are always available to buy – and Facepunch has released a new batch of stuff to kick things off, too.

“We’ve found over the years that players really value being able to choose different skins and items to enjoy Rust, like the Spacesuit hazmat skin, or fun seasonal stuff like Christmas lights or fireworks packs,” the studio announces in a news post. “We’re also very aware that Rust has grown in popularity but many new players won’t be aware that they have these options.” The idea behind launching this new range of evergreen offerings is to have a core range of cosmetics that all players can “buy and use to have more fun with Rust”, regardless of when they started with the game.

Additionally, the devs view the store as a way to experiment with cosmetics that they reckon players might dig, and a good place to stick them. The post explains that the Rust team often has ideas for new items and skins but doesn’t have an obvious outlet for them, with some not being “big enough to justify a DLC pack” or in-keeping with a monthly update’s theme.

The launch of the store doesn’t mean the end to limited-time skins and DLC, though. The studio says it’ll still release items and skins that have a specific window of availability, “especially working with Rust community creators”, as well as DLC packs.

It’s also worth noting that the stuff sold through Rust’s permanent in-game store won’t be tradeable. “At present, items and skins sold on the permanent store will not be able to [be] resold on the Steam marketplace and hold no resale monetary value, nor can these items be traded on Steam,” the post makes clear. The idea behind this is to differentiate it from other kinds of cosmetics the studio has “sold in the past and will still sell”, though it’s possible this could change in the future, as Facepunch says it’s keeping all this under review.

"Rust gets a permanent in-game store with “premium” cosmetics" :: Login/Create an Account :: 0 comments