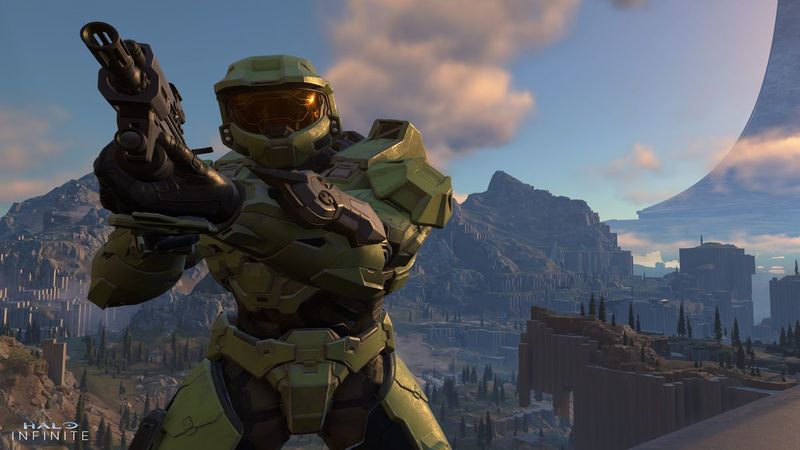 3
Long-time Halo fans will tell you that to get the true campaign experience in any Halo game, you need to play at least on Heroic difficulty (which is the second highest difficulty in Halo after Legendary, which has its own set of devoted fans). That’s something that Halo’s own developers have generally adhered to as well- though with Halo Infinite, which is looking to draw in a massive crowd that will invariably also include many series newcomers, 343 Industries is taking a different approach.

Speaking with VGC, Halo Infinite’s developers explained that while in the past they have generally designed campaigns around Heroic difficulty and then tuned the challenge up or down for other difficulties from that base, with the upcoming Halo Infinite, they designed their game primarily around Normal difficulty. Though Heroic and Legendary will still obviously offer progressively more punishing experiences, the game was, first and foremost, built around Normal difficulty, with potential new players in mind.

“Traditionally, Halo’s always been developed on the Heroic difficulty, and we did the same thing for 4 and 5,” said character director Stephen Dyck. “So usually we look at Heroic, we’re tuning everything here, everything is scaled down a little bit for Normal and Easy and then scaled up a little bit for Legendary. This time, we spent much more time on the Normal difficulty, expecting new players to come in.

“That doesn’t mean that Heroic isn’t hard and that Legendary isn’t very punishing, those are things that are still just part of Halo, but we did spend more time on Normal difficulty from the standpoint of, ‘what if you were a new player and you’d never fought the covenant before or you’ve never fought anything in Halo before and it’s your first time using an AR?’

“We want those players to have fun and success and not immediately be hit with a wall from a gameplay standpoint where they’re like, ‘aw man, I haven’t played this, I don’t get it… am I supposed to use a specific damage type here?’ Or, ‘that grenade didn’t do anything, why didn’t it do anything?’”

According to Dyck, the focus for 343 Industries is on player freedom and allowing players to express themselves in unique and creative ways- which is why ensuring that the game’s difficulty doesn’t get in the way of that has been something the developers have constantly worked toward.

“One of the philosophies we’ve had is, the player’s always right or the game says ‘yes’,” he said. “If the player wants to use something or a certain type of weapon, while certain weapons will be more successful, we’re never going to say, ‘you’re just wrong, you can’t do that’.

“That’s where I’d say from a gameplay standpoint our philosophy was a little bit different, we were just kind of like – come in, play, we’ll ease into things, we’ll tutorialise things for you especially with the addition of things like equipment and things like that. So ideally, the player has a smoother ramp into the Halo world of gameplay.”

“The golden path is very curated by us,” he said. “The further away from the golden path you travel, you’ll hit difficulty spikes which are challenges to return to if you fail when you first encounter them.

“As you engage with equipment upgrades, as you capture more FOBs, as you bring marines, you can bring help with you for those encounters.

“Anecdotally, some of the people on the team actually found Normal difficulty a bit harder because it was more open and more 360 degrees of combat, whereas players who play a lot of other titles were finding it very easy, so the balance was making sure it was inviting to all players on Normal difficulty, then a guarantee that if you bump up the difficulty, it gets more challenging.”

Meanwhile, where the game’s multiplayer component is concerned, 343 Industries has already started working on fixes based on feedback from players, starting with the Battle Pass progression. You can also download the latest Halo Infinite Trainer from WeMod.