Minecraft's Next Big Update Gets a Release Date 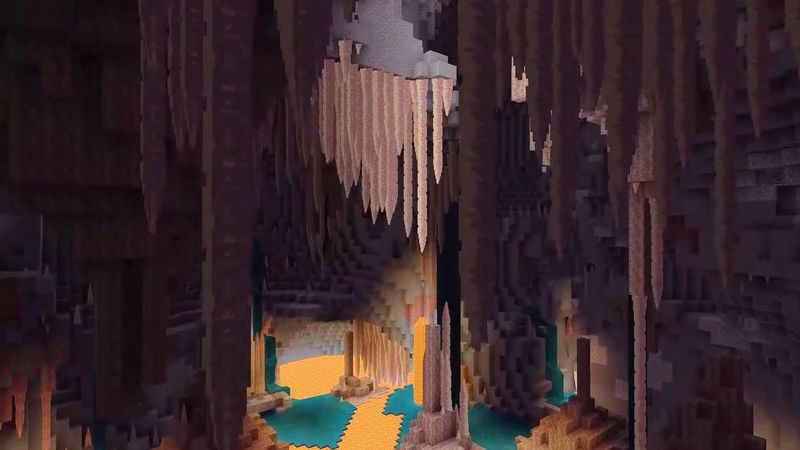 4
Minecraft developer Mojang Studios has announced that its next big update, Caves & Cliffs: Part II, is officially set to release on November 30th. That said, it seems like not all of the initially planned features will make the cut, though it will still include several new additions that should make players happy.

Specifically, Minecraft's Caves & Cliffs: Part II update will include major renovations to mountains and caves like better terrain generation and cave systems, higher peaks on mountains, and larger ore veins. It will also bring candles to the video game. That said, features like archeology, bundles, and goats have all been put on hold for now.

Mark your calendars, and start practising your awestruck gasps: Caves & Cliffs: Part II releases in all its natural splendour on November 30th!


"You may have noticed that a few items were missing from the list of new stuff, namely archeology, bundles, and goat horns," the announcement of the Caves & Cliffs: Part II update release date reads in part. "This was not just because I couldn't come up with something quippy to write about them, because I totally could. Archeology? I can dig it! See? Gold. No, these features have been put on hold. They have not been cancelled, we just had to put them on the backburner for now. While they won't be in the Wild Update, they are going to come to Minecraft in the future when we're able to add them in the best possible way."

As noted above, Minecraft's big Caves & Cliffs: Part II update is set to launch on November 30th. Minecraft: Bedrock Edition in general is currently available the Xbox Series X, Xbox Series S, Xbox One, PlayStation 5, PlayStation 4, Nintendo Switch, iOS, Android, Windows 10, and Windows 11. Minecraft: Java Edition, on the other hand, is available for Windows, macOS, and Linux. If you have a device that can play video games, you can almost certainly play Minecraft.

"Minecraft's Next Big Update Gets a Release Date" :: Login/Create an Account :: 0 comments