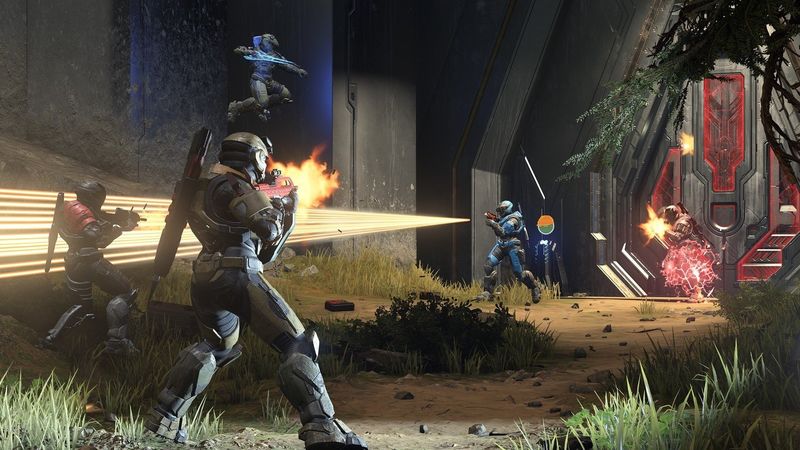 5
The first changes to the Halo Infinite Battle Pass progression have arrived in response to feedback from players who felt it wasn't rewarding enough.

The biggest change to Halo Infinite Battle Pass progression is the addition of a new Play 1 Game repeating daily challenge, which will award 50 XP each time it's completed. This is effectively the same as implementing per-match XP, as was commonly requested, though it doesn't provide any of the bonuses based on match performance that are common in other online games.

#HaloInfinite players can now earn XP by completing matchmade games. The "Play 1 Game" Daily Challenge is worth 50 XP each. The Challenge deck is also being updated to better serve players of all skill levels. (1/4)


The updates also extend to other challenges which previously had issues, such as Heat of the Moment, It Bears Repeating, Jorge Would be Proud, and Ultra Tech. Double XP boost rewards will be extended from lasting for half an hour through to a full hour, giving players plenty more time to take advantage of the extra XP. And since challenges were a little fiddly, everyone who signs in from November 23 to 30 will receive the Ultimate Reward for this first week: the Sigil Mark VII Visor.

These changes are an promising first step from the Halo Infinite devs. Ever since the ongoing open multiplayer beta first went live earlier this week, players have been voicing their displeasure at the challenge-based Battle Pass progression system, chiefly suggesting that it didn't actually reward players based on their in-game performance. While this hasn't exactly been remedied by the changes 343 is making immediately, it's certainly a good sign that the developer is acting on fan feedback straight away.