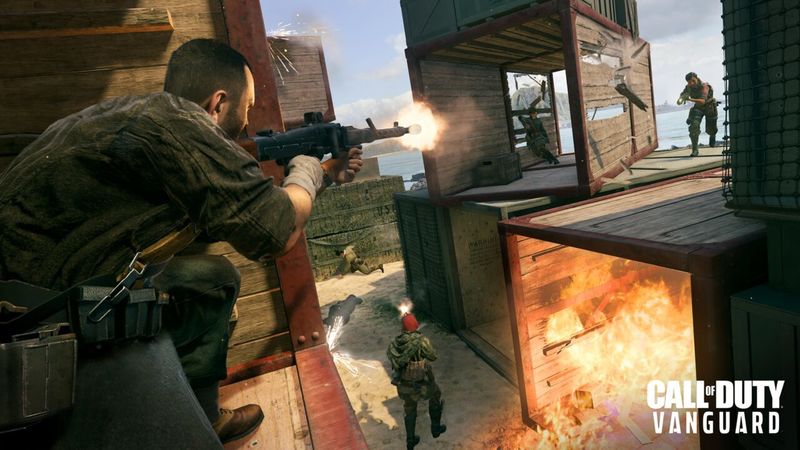 5
The latest Call of Duty Vanguard update has added new multiplayer map Shipment and addressed an issue preventing some PS5 owners from playing the game.

According to the official patch notes the update resolves a problem where players couldn’t start the game if they had less than 40GB of space available on their PS5.

Shipment is a tiny, hectic battleground featuring empty shipping containers that has appeared in multiple series entries since its debut 14 years ago as one of Call of Duty 4’s launch maps.

As well as mixing up the placement of its containers and adding a single container that hangs above the others on a crane, the latest iteration of Shipment features numerous containers with breakable walls.

A free Call of Duty: Vanguard multiplayer trial will begin on November 18, less than two weeks after the game’s release, and last for four days.

On Tuesday, it emerged that a female employee at Vanguard developer Sledgehammer Games was allegedly raped by a male supervisor, Javier Panameno, in 2016 and 2017, leading to an out of court settlement.

The old maps on new games are getting boring. Need new maps ffs