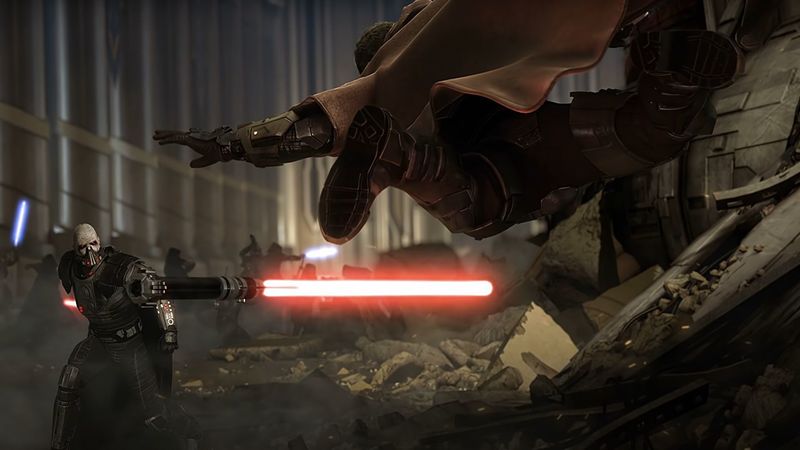 4
Star Wars Eclipse is apparently a new Star Wars game in development at Quantic Dream, the developer best known for Detroit: Become Human and Heavy Rain. The new rumor doesn't say much else about the game, but does note it takes place during the High Republic era, a period of 200 years when the Galactic Republic was at the height of its power. The period of time is known as being a golden age for the Jedi and a time where the expansion and exploration in the Outer Rim Territories were taking place.

As for the rumor, it comes the way of industry insider and Venture Beat reporter Jeff Grubb, who revealed these details during a Giant Bomb podcast. Unfortunately, this is all Grubb shared about the game, which we've been hearing rumblings about for a couple of months.

This year, rumors started to surface claiming Quantic Dream was working on an open-world Star Wars game. Meanwhile, through separate rumors, we heard that a new High Republic game was in development. Now, it looks like these rumors have converged. That said, it's important to remember that all of this is still straight from the rumor mill, which means it needs to be taken with a grain of salt. While the source in question has proven reliable in the past, not only is everything here unofficial, it's also subject to change.

At the moment of publishing, none of the implicated parties have commented on any of this. We don't anticipate this changing -- for a variety of reasons -- but if it does, we will be sure to update the story accordingly.