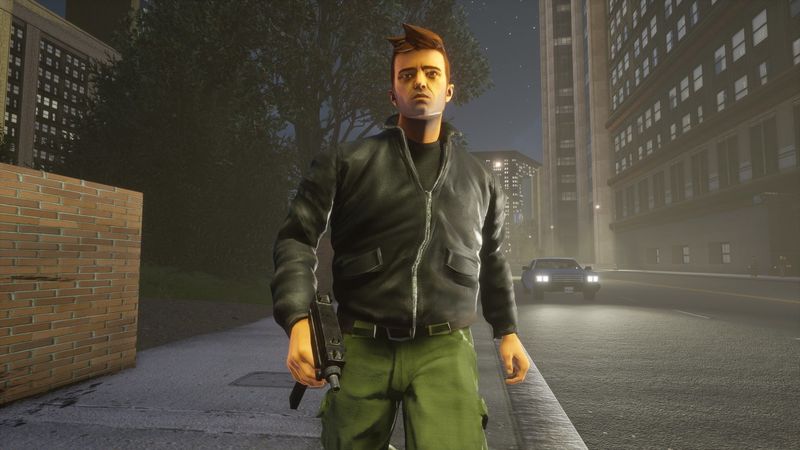 4
After being down for more than 24 hours, the Rockstar Games Launcher is back online, but GTA: The Trilogy - The Definitive Edition is now unavailable to play or purchase so Rockstar Games can remove "files" from the game that are not supposed to be in the game. With the Rockstar Games Launcher being down the past 24 hours, owners of the GTA Trilogy on the platform had no choice but to play the games offline. Now, after waiting more than a day for the launcher to come back, they can't even do this.

The Rockstar Games Launcher is now back online. However, Grand Theft Auto: The Trilogy - The Definitive Edition will remain unavailable to play or purchase as we work to remove some data files that were unintentionally included in the new versions of these games. We sincerely apologize for the inconvenience and we hope to have the correct versions of the games up and running for everyone as soon as possible.

Right now, there's no word when this problem will be remedied, but as you would expect, GTA fans who own the game on the Rockstar Games lLuncher are furious.

"Rockstar Games are definitely violating a consumer law for taking away ownership of a consumer product without offering automatic refunds," said RockstarIntel writer, Ben, after losing access to the trio of games. "I was enjoying it until they removed it. This isn't right Rockstar Games and you know it."

"Boy, I sure love paying $60 for games, using a launcher I don't want to use, downloading them onto my pc, needing an internet connection to play them, then getting them completely taken away from me, especially ones that are decades old and strictly single-player. Awful," added another Twitter user.

Exacerbating the issue is owners of the game are having problems trying to get a refund, as the only way to get a refund is to submit a ticket to Rockstar Support, which is not only being swamped with tickets, but isn't exactly known for being very helpful or overly consumer-friendly.

As always, we will keep you updated as the situation evolves. Right now, the whole situation is a mess, and according to critics and fans alike, there are quite a few issues with the remasters themselves.

Luckily I used reward points and didn't put any of my own money towards getting it.

I'm sad that I bought the game, I should have just played the old SA..

Anhur Did anyone mention what files were in the game that weren't supposed to be in? I was playing GTA:SA just fine and the only thing that was a little buggy was the subtitles not being synced.

glad i didnt buy it yet, im gonna wait for it to go on sale now for sure

Anhur Did anyone mention what files were in the game that weren't supposed to be in? I was playing GTA:SA just fine and the only thing that was a little buggy was the subtitles not being synced.

A dataminer found music files it's claimed shouldn't be in the game so it's possible it's that.

Did anyone mention what files were in the game that weren't supposed to be in? I was playing GTA:SA just fine and the only thing that was a little buggy was the subtitles not being synced.

A cool collection but they need to release newer content