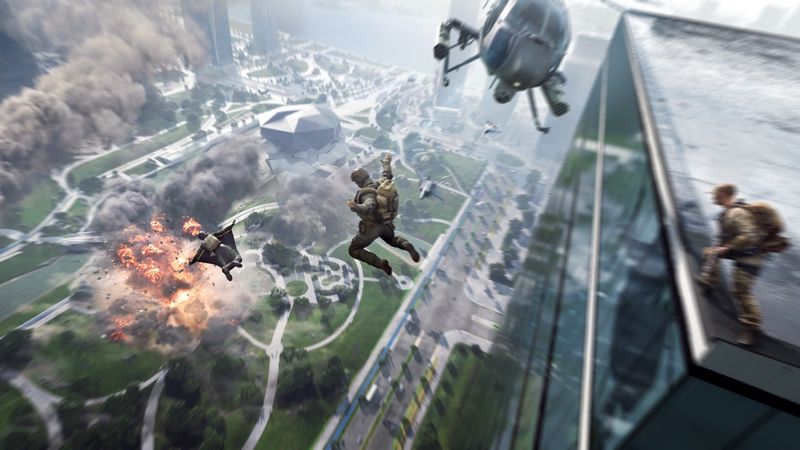 4
Battlefield 2042 is launching a little over a week from now, and like all of its biggest competitors on the market, it’s going to adopt a live service model that’ll see its multiplayer offerings progressively expanding through its seasonal updates. With new Battle Passes, maps, Specialists, updates to Battlefield Portal, and more, DICE plans to keep on adding to the game with each new season.

That process, however, won’t kick off immediately after the game’s release. In a recent update published on EA’s website in preparation of the game’s looming launch, while discussing its post-launch plans, DICE briefly talked about what to expect from the shooter’s first season, and while a specific date for its release wasn’t given, the developer did say that more details will arrive early next year- which, of course, means season 1 will be kicking off after that.

Between the game’s launch and the launch of season 1, DICE will be offering weekly missions and rewards, limited time modes, featured creator spotlights, and more.

At launch, Battlefield 2042 is promising to have quite a bit of content to dive into with its traditional multiplayer offerings, Battlefield Portal, and Hazard Zone, so hopefully, there will be enough to keep players busy and satisfied until the first season kicks off. With Halo Infinite launching in December and Call of Duty: Vanguard already out, DICE and EA have stiff competition, so here’s hoping the gap between the game’s launch and its first season isn’t too long.