Elden Ring test keys are selling for hundreds on eBay 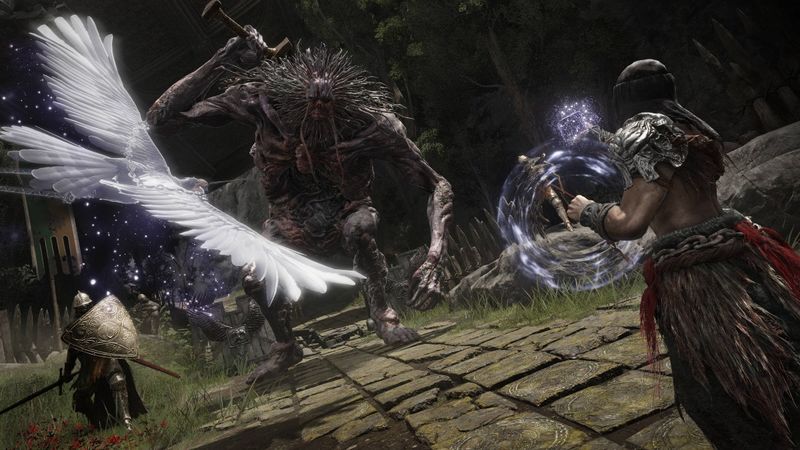 4
Invites have been dispatched for From Software’s highly anticipated Elden Ring closed network test, and keys are already being sold on eBay for hundreds of dollars.

Ahead of the closed test’s kick off on November 12, dozens of users have sold their access codes on the popular auction site for as much as $350.

A search on the eBay US site shows that at least nine users have managed to generate sales prices around or over $200 for a closed network key. That’s more than the price of Elden Ring’s Collector’s Edition.

Applications for the closed network test have now ended, so for desperate fans, the only way to gain access is to pay the exorbitant asking prices on resale sites. 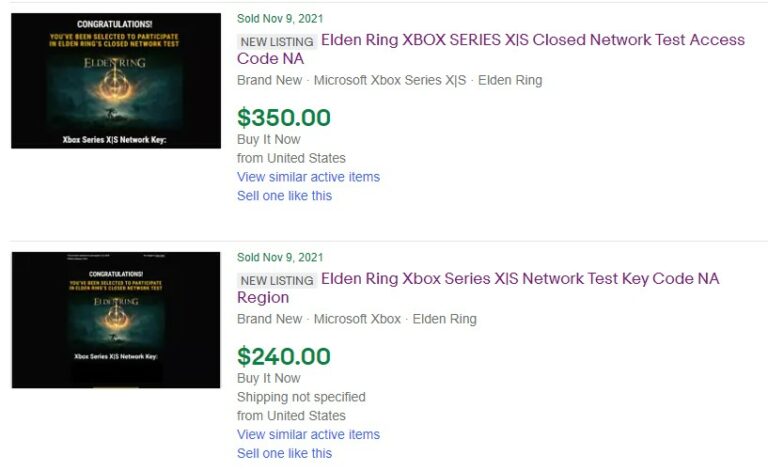 The test is set to take place over three days starting this Friday, November 12. Players will be able to play the game during set three-hour sessions taking place at:

“Selected fans will be able to experience the opening hours of the long-awaited title to get a hands-on glimpse at what the full game will have to offer while assisting the development team in testing the game’s online servers ahead of its release date,” according to Bandai Namco.

The 19-minute gameplay preview video offers “a brief introduction to Elden Ring’s fundamentals” and aims to convey some of the title’s mood and gameplay. The footage below is from a PC build still in development.

The Elden Ring release date was recently delayed by one month to February 25, 2022.

Fake. No one is paying that much and are trolling to bid as high as possible so no one gets it. No one is getting legitimate offers and if they do, its getting outbidded by ridiculous offers like $300. We seen this before with the GPU shortages where bids were reaching $10,000 just to stop the scalpers. Same thing is happening with this game/beta. Its just a meme