Scorn Has Been Delayed to 2022 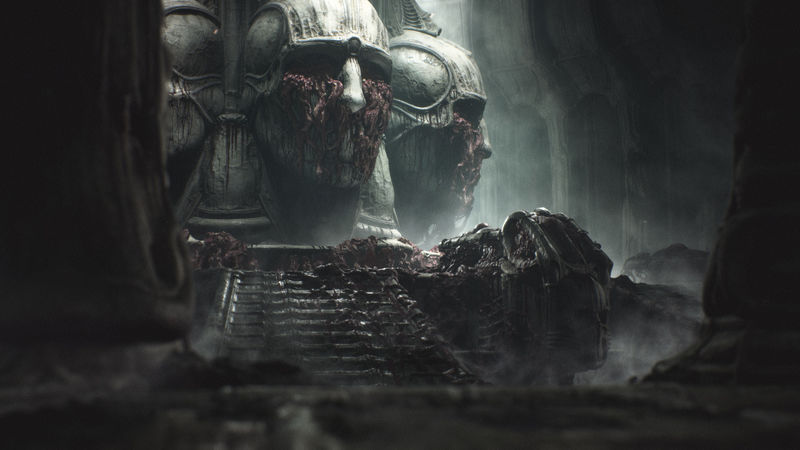 3.3
Ebb Software’s H.R. Giger-inspired first person horror game Scorn has been in the works for a long time, first being announced as a Kickstarter project way back in 2014 before then being re-revealed in full last year with snippets of gameplay footage. At that time, the game was given a rough 2021 launch window, but with 2021 now almost done and dusted, Scorn is nowhere to be seen.

As you may have expected, that’s because the game has been delayed. In an updated published on the game’s Kickstarter page, the developer confirmed the news and stated that most likely, the official announcement for the delay will come on December 10. Interestingly enough, that’s one day after The Game Awards.

“For the record, yes, the game has slipped into 2022 and we will have an official confirmation of the delay on the 10th of December,” Ebb Software wrote. “It was supposed to be announced in October, but circumstances out of our control postponed it. If it turns out not to be on the 10th by our or someone else’s will, don’t hold it too much against us.”

The developer also wrote in the update that it’s been completely focused on continuing Scorn’s development since its showing in October last year, that it wants to keep focusing on that rather than interrupting that process to put together a trailer for the game. Interestingly enough, the developer also brought up Cyberpunk 2077’s marketing and subsequent botched consequences while explaining why Ebb Software is adopting this approach.

“Some people really, really dislike us staying silent for such long periods. It’s that way by design for a few reasons,” the developer wrote. “The only thing that will get the game out of the door faster is concentrating all the effort on development. That is our main priority.

“There is a reason why big companies show CG trailers done by some other studio. They don’t want to interrupt the development team in the middle of production. CD Projekt RED had great PR for Cyberpunk 2077 but that didn’t help when the final game. Cyberpunk 2077 should’ve been delayed for a year, but the hype and the pressure from shareholders were more important. Maybe if they didn’t push their developers to create marketing content they could’ve put more time into fixing the game.

“No amount of updates are going to make the game better, or make it come out sooner, quite the opposite. It’s just more tasks on the already enormous list of tasks to finish. It’s time-consuming to make your game look presentable to the public. That is done at the very end of the development process.”