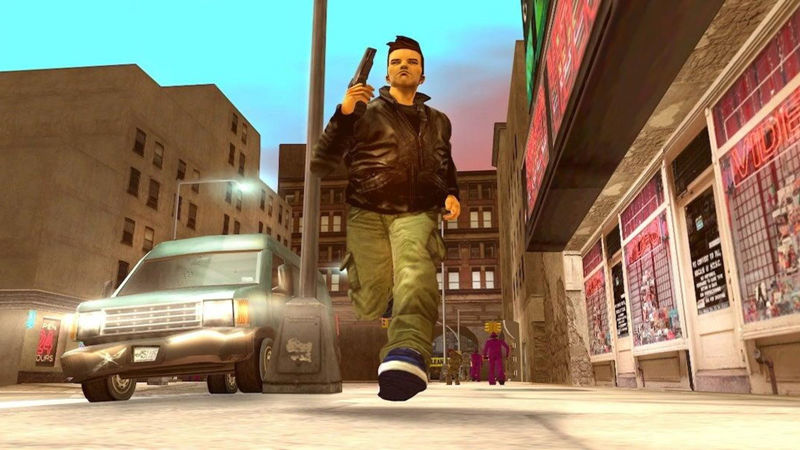 3.8
The file sizes for each of the three games in GTA's remastered trilogy on PS5 have been revealed.

After months of rumors, Rockstar confirmed it really was working on a remastered collection of GTA 3, Vice City, and San Andreas. Well, actually, the studio confirmed it was pretty much done, revealing that GTA The Trilogy: The Definitive Edition would be available to download from November 11, 2021. That's right, the trilogy will be here next week with a physical version launching December 7.

There have been varying reports on exactly how much storage space these remastered classics are going to need. File sizes for the PS5 version of the collection have now been confirmed by Twitter account PlayStation Game Size. GTA 3 will need 5.293GB, Vice City will require more than twice that at 10.768GB, and then double that again for San Andreas which will need 22.679GB of space.


The tweet above compares the Definitive Edition's file sizes to the versions of the games previously available on PS4. They're all at least three times bigger than the OG games, with San Andreas's file size clocking in at seven times more than the original. A promising revelation when it comes to the quality of the remasters, but a punch to the gut of those having to delete other games to make room for it.

What's interesting is that the collection has been broken up into three different file sizes, obviously because it is technically made up of three different games. It's unclear whether the games can be downloaded individually or have to be installed all at the same time. It's possible that even though the collection needs to be bought as a whole, you won't have to download all three of the games included at the same time.

The games definitely can't be bought separately, but there are signs that might be an option in the future. The remastered version of San Andreas will be available to play through Game Pass on launch day, and GTA 3 is coming to PS Now in December. It should also be noted that the trilogy's file size is far smaller on Nintendo Switch, but the reason for that is yet to be explained.