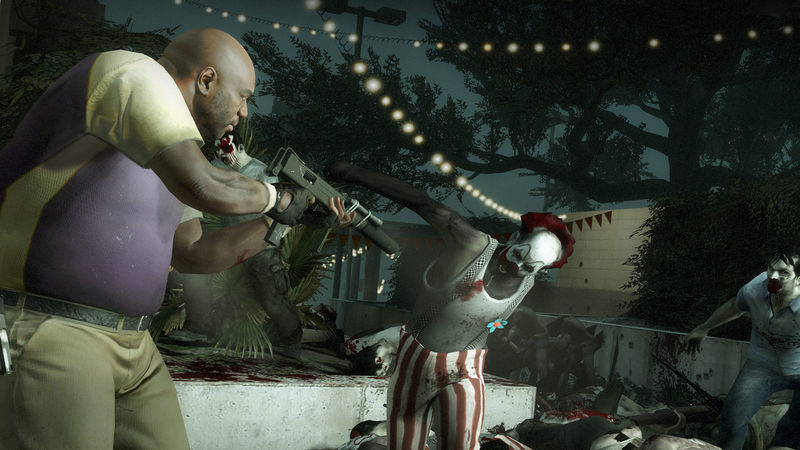 3.8
Even though Back 4 Blood might be the shiny, new zombie-killing multiplayer shooter on the market, it looks like many fans are more than content with continuing to play Left 4 Dead 2 on Steam. Despite being nearly 12 years old at this point, the classic co-op title has been able to boast a higher number of players in recent days compared to that of Back 4 Blood. What this means for the future of Back 4 Blood isn't certain, but it surely tells us that Left 4 Dead 2 won't be going anywhere even though there is more direct competition now on the market.

Over the course of the past week, Left 4 Dead 2 has seen a substantial rise in players. Specifically, the game was able to accumulate a peak of over 38,000 players this past Saturday, October 30. By comparison, Back 4 Blood was only able to amass a little more than 32,000. Even within the past day, Back 4 Blood's 24-hour high sits at 24,420 players, while Left 4 Dead 2 topped out at 31,380. Clearly, the release of B4B prompted many to make a return trip to L4D2.

In some ways, this honestly shouldn't be shocking. After all, as mentioned, Left 4 Dead 2 has been readily available to purchase for over a decade at this point, meaning that it has been discounted numerous times and is surely owned by far more Steam users compared to Back 4 Blood. It's also quite likely that when counting those who might be playing Back 4 Blood on consoles, the newest zombie shooter on the market is still accruing more overall players at this point in time. Still, no matter what the case might be, this whole situation more just shows how much of a powerhouse Left 4 Dead 2 remains all these years later. If history has told us anything, the game won't be dying off any time soon.