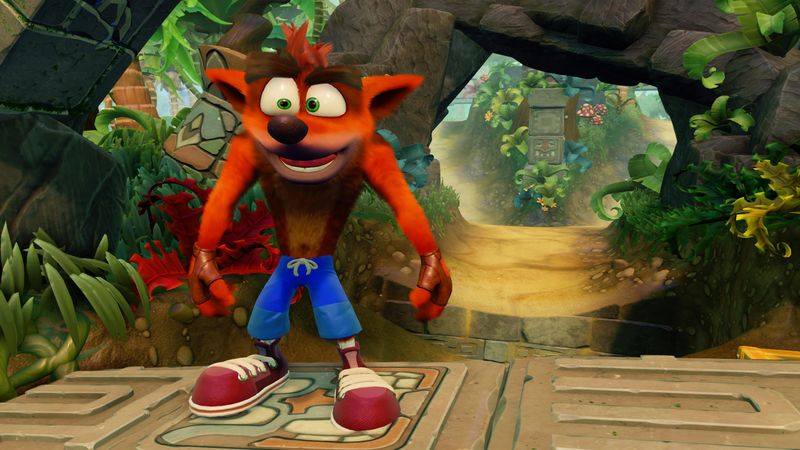 4
A new Crash Bandicoot game has potentially leaked, and it's a game we've been hearing through the rumor mill for a while. According to the leak, a new Crash Bandicoot game was supposed to release this October, however, for an undisclosed reason, Activision changed the plans of the game's release date. Unfortunately, the leak doesn't spill anything beyond this, but it's accompanied by media that bolsters the claim.

"So I can now finally talk about this," writes Matt Romano, the leaker, over on Twitter. "The original Wumpa League release date plans (also original Crash 4 release plans). It was going to launch this fall before Activision changed those plans. Take this info as you will everyone."

So I can now FINALLY talk about this.

The original wumpa league release date plans (also original crash 4 release plans) it was going to launch this fall before Acti changed those plans. Take this info as you will everyone pic.twitter.com/c1EVgHjO5b


"So key information then," adds Crash Bandicoot Clubhouse, a news and community page dedicated to the series. "Wumpa League is planned for Playstation, Xbox, and Switch and there was going to be beta testing done in the Summer with the game launching in October 2021. "Content-wise 16 heroes and 13 maps at launch. I'm intrigued by this but it sounds very plausible."

As alluded to, we've been hearing about "Wumpa League" for a while, but recently the rumors and speculation had dried up. In other words, this is our first update, at least of the substantial variety, in months. That said, everything here needs to be taken with a grain of salt. Everything here is not only unofficial, but even if it's all completely accurate, it's also subject to change.