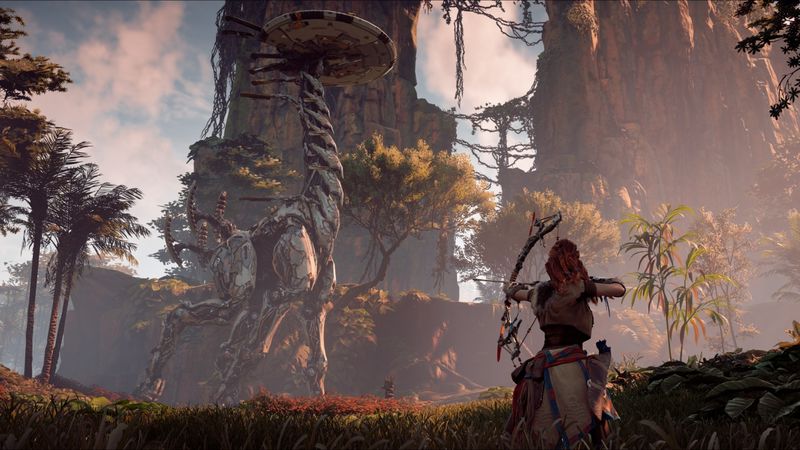 3.6
One of the key bosses at PlayStation has given fans their first look at what the PC version of Horizon Zero Dawn looks like running on Valve's upcoming Steam Deck platform. The sight itself offered up our first look at a PlayStation title of any sort running on the new platform that is poised to release later this year. And while this appearance by Horizon Zero Dawn on a handheld device proved to be jarring for some PlayStation fans, others expressed that they very much missed Sony engaging with this market.

PlayStation's Shuhei Yoshida happened to be the representative from Sony that gave fans a glimpse of Horizon Zero Dawn on Steam Deck when he posted an image on Twitter today. Yoshida thanks those over at Valve for hooking him up with the new piece tech while expressing excitement about playing the popular PlayStation 4 and PC release on the platform. Although we didn't get to see Horizon Zero Dawn in action on the platform, the image that Yoshida shared looked quite sharp.


In response to revealing this look at Horizon Zero Dawn on Steam Deck, many messages that Yoshida received on Twitter dealt primarily with how great it is to see PlayStation games appearing on a handheld once again. While Sony no longer works in the handheld space, it used to in a major way with the PlayStation Portable and PlayStation Vita. And although it doesn't seem like Sony will be diving back into this market any time soon, it certainly seems like some fans are hoping that this will change.

When it comes to the Steam Deck itself, Valve is slated to begin shipping out units of the platform later this year starting in December 2021. Pre-orders for the handheld are still available, although the ones that are currently open won't start shipping until next year.