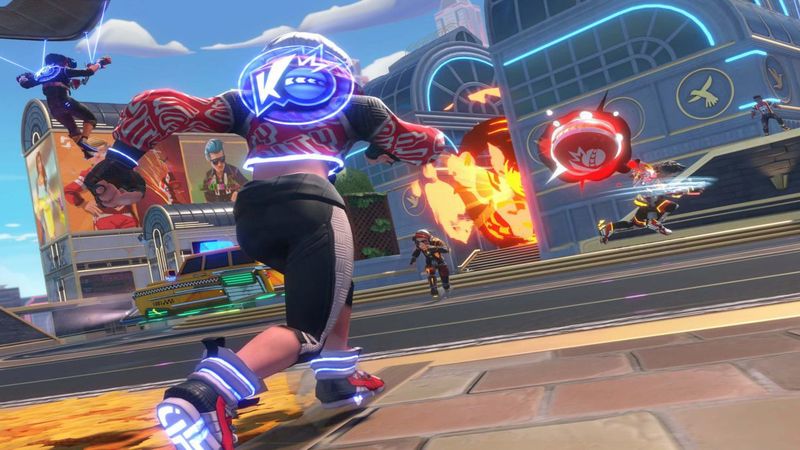 3.6
Knockout City isn’t a traditional competitive online multiplayer game. In a unique twist, the game exchanges bullets for dodgeballs to create high-octane knockout brawls. Since its release in May, Knockout City has gained many dedicated fans due to its different game modes that keep the adrenaline pumping and dodgeballs flying. Recently, Velan Studios, the developer of the game, revealed new content coming in a future update.

In a new trailer for Knockout City, Velan announced an upcoming event starting on November 2 known as Royale Rumble. Gamers caught a glimpse of new content, such as a new game mode. In addition, a blog post unveiled several graphical enhancements coming to the game.

In addition to these new visual settings, Velan Studios noted improvements to the in-game lighting systems for PS5 and Xbox Series X/S. According to the developer, the lighting improvements include new area lights, particle lights, ball lights, improved global illumination, and better shadows. In addition, the next-gen versions on PS5 and Xbox Series S are receiving higher fidelity textures (the Xbox Series X and PC versions already include these upgraded textures). Furthermore, the developer announced that players that already purchased Knockout City for PS4 or Xbox One are eligible to upgrade to the new version of the game on next-gen consoles at no additional cost. Those that have Xbox Game Pass Ultimate or PlayStation Plus can upgrade for free as well.

Besides revealing a next-gen upgrade for the game, Velan Studios unveiled a new mode coming as part of Royale Rumble. Known as KO Royale, this new 8-person free-for-all mode adds a unique twist to the manic dodgeball action on display in Knockout City. While previous FFA modes permitted respawns after being KO’d, this mode gives players only one life per round. In order to win a match of KO Royale, a player must win two rounds. It’s worth noting that this new mode is part of a limited-time playlist that becomes available on November 2.

The announcement of the Royale Rumble event is exciting news for many fans. With a new mode and improved graphics, along with Knockout City being free on PlayStation Plus in November, the dodgeball game seems ready for a big end of the year.

Much needed to revive the game.